Back in October 2015, Bajaj motorcycles rejigged their entire Avenger line-up, they brought in the Avenger Street 150 and the Street and Cruise 220 twins. Now, around the same time last year, the Chakan-based automaker supplanted the Avenger 150 by the bigger Avenger 180. Come 2019, and Bajaj has managed to introduce the Avenger 160 in the place of the 180.

While the new Avenger has a marginally smaller motor, it produces almost identical power and torque figures as the model it replaces. Well, it’s known for a fact that there is no replacement for displacement, and since Bajaj seems to think otherwise, we swung a leg for the Bajaj Avenger Street 160 review to find out.

At the heart of the matter, is a new 160cc air-cooled mill – that has the same bore and stroke as the NS 160s, but the cylinder head, with the 2-valve configuration has been borrowed from the Avenger 180. But why a smaller-displacement engine? You see, the Avenger 180, in terms of price, was positioned close to the 220 twins, the sole reason why customers preferred the higher-displacement Avengers. But with the introduction of the 160, the gap is now more prominent.

That said, if you compare the spec sheets of both the bikes, the power and torque figures remain identical to its predecessor. At 14.8bhp and 13.5Nm of torque, the 160 is just shy of 0.5bhp and 0.2Nm to the Avenger 180. Out on the smooth, the difference is barely noticeable. You see, the 160 has the same punchy mid-range and top-end that sufficed the Avenger 180. And while that helps to ride the Avenger in city conditions, the Avenger does not comply smoothly with long highway journeys. As in case with its predecessor, the Bajaj rides immaculately well up until the 80km/h mark. However, as you start gaining momentum, the vibes enter the scene and infiltrate the high-speed riding pleasure.

In all fairness, there are no new changes to the Avenger Street 160 to the untrained eye, but a second or a third look suggests some minimal changes to the ergonomics. To start with, there’s a new 160 insignia in place of 180, an ABS ring and a speed sensor on the rear wheel. Moreover, it continues to have the same bubble-shaped headlamp with embedded daytime running lamp, teardrop-shaped fuel tank, side panels, curvy fender, a petite windscreen and stubby exhaust. The instrument cluster remains pretty basic, and it certainly misses out on any sophisticated features. That said, the split-cluster treatment looks nice, but you have to turn your head all the way down to read that funky fuel-tank mounted display.

The baby Avenger continues to feature the typical laid-back design, and while it was updated back in 2015, there’s no denying the fact that the design has started to show its age. In our time during the Avenger Street 160 review, we disparaged the build quality of the Avenger. Although the build quality is modest, the switchgear could have been better. Typical of a cruiser, the ignition lock is situated under the tank and the steering lock is placed on the steering head, full points to Bajaj for that!

And the ride quality?

Mechanically, the Bajaj Avenger 160 continues to get similar cycle parts as its predecessor. The 160 gets telescopic forks at the front and twin shocks at the rear. The Avenger easily dismisses bad undulations and unevenness of the road, some large potholes tend to hurt your spine at higher speeds – it’s best to avoid those.

For what’s it worth, it’s safe to say that the Avenger is exceedingly comfortable, and the plush saddle aids in cushioning away blows in the city. However, the Avenger did not surprise in the case of handling. In fact, the handling still acts like a sore point for the Avenger. And at 150kgs, the Avenger feels heavy to manoeuvre at low speeds, and forget cutting in and out of traffic that easily. With disc brakes at both ends and ABS at the rear, the braking performance is certainly ahead of its predecessor.

Should you get one?

All things considered, the Avenger 160 is a comfortable cruiser, it rides well and it certainly is a commendable city cruiser. Now, it might not sound as interesting as, say the Intruder 150, but at a bargain of almost Rs.19,000, it is the most affordable cruiser on the planet. In fact, even with the inclusion of single-channel ABS, the Bajaj cruiser is affordable in comparison to its predecessor. So, should you get one? Well, at this price, it is hard to ignore the Avenger – even at this age. To read our extensive Bajaj Street Avenger 160 review, and to learn more about other bikes in the segment, be sure to visit us at autoX.

Previous post How Restaurants & Food Chains Can Stay Alive & Fresh Within Their Industry? 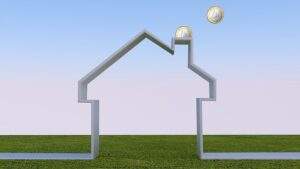