Divorce usually comes with its own stereotypes. It’s believed that after a divorce a woman’s standard of living poorly decreases, on the other hand, men’s ascends up. Although this is not an accepted universal truth, it normally results in a stereotype of men living their best life after the divorce, throwing money away and enjoying life with freedom.

However, just because there are men out there who are financially successful after a divorce, it doesn’t mean that divorce is great, or not hard for them. As a matter of fact, the stereotype of the happy-go-lucky divorced man living his amazing life masks the suffering that plenty of men experience during and after divorce. Most of them are embarrassed to show their suffering and to even talk about the struggle. Unluckily, isolation and humiliation won’t do anything to fix the problem.

In this article, we are going to look at the reasons why divorce is harder for men. Ready?

Men don’t like to display their emotions to anyone because they’re “men”. But if you have loved someone who has been your partner in your life for a very long time, divorce to anyone may be one of the most stressful things that can occur in life and even more stressful than the death of a family member or close friend. This is the reason why grief is a natural reaction. However, most men would skip the grieving period and lead to a feeling of loss, plans getting sabotaged, dreams and goals have changed, and the plans in life will vary significantly.

When men skip or are trying to get over their grief quickly without taking the time to process it, it will always show in other ways which can be destructive. If the grief is unresolved, it may manifest in a form of anger, or a man will self-medicate himself with alcohol or other substance abuse. If substance abuse is serious and prolonged, it may influence a man’s ability to take care of his children, which only leads to more unresolved grief and loss.

It’s common for men to experience more health problems in the process and after a divorce. They may get health problems like depression, anxiety, insomnia, and weight fluctuations. Aside from that, they also acquire stress when it comes to dealing with finances and identity loss, which makes them much more vulnerable to either heart disease and stroke. Men will most likely self-medicate with drugs and alcohol than women who are looking for therapy as women do in times they feel stress or hopeless.

In marriage, women are often the ones to uplift healthy behaviours and habits of their spouses. This makes men rely more on women. This is the reason why men talk to their wives when they feel down and depressed, whereas when women are experiencing anxiety, they usually opt to speak with a professional, family member, or friend. Men are not used to seeking out emotional support from other people who are not their spouse.

4. Men involve themselves in new relationships

When men don’t take enough time to grieve, of course, they don’t want to be alone after a divorce and most likely get into a new relationship immediately. This is their way to meet someone new and conquer all their feelings and challenges with the failed marriage. However, doing this will only result in problematic relationships.

Meanwhile, women would properly grieve and assess their emotions. Most of them don’t like the idea of entering a new relationship with someone. They want to create a future relationship that would be much stronger than the previous one. They are not the type who would rush into something because no one wants to feel as if they’re back in high school thinking about all the uncertainties of those relationships.

Divorced women are more cautious about the possibility of getting remarried than divorced men. This is pretty evident in online dating sites that have a bigger excess of men than women. Most women with children fear getting into another relationship after the first failed and they worry about entering into a relationship that will not last either.

5. Men often see their children based on a custody schedule

Most of the time, after a divorce, the mother is the one who wins the child custody case. This is why it’s important to consult with a family lawyer first for both parties. Otherwise, it will leave fathers to see or spend time with their children on a custody schedule and not be with them on an everyday basis as they were able to do when they were still married.

Men would feel as if they are no longer part of the children’s lives anymore since they are missing the big baseball game, events, or parties that are still happening. No parent wants to only call their children to find out the updates about what’s going on. On the other hand, women still stay and play a vital part in the lives of children if they get to live with their mom. This is the reason why mothers gain a sense of fulfilment and distraction from poor feelings because the children are with her and she gets to take care of them on a daily basis. 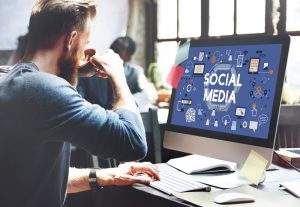 Next post Why Opting for an Aged Care House is Better in Your Retirement Life?

Some Quick Tips and Ideas to Decorate Your Indoor Wedding Reception.