We human beings with healthy senses are enjoying the applications available over the smartphone but what about differently-abled people. How can a physical infirmity sustain them from using technology? Does that sound good? Technologies are created for the betterment of human life it must not turn out into a burden for such special people.

Options to be considered

To the developers who are working on the creation of iOS applications, the article is for you. Here are the numerous options available in the iOS that you must consider of making use of in the app development. The iPhone app development, especially for the differently-abled people, is one of the goods that you are going to add on to their lives. Here are some options to watch out for,

This is an in-built screen reader that allows the people who are visually challenged to find the things available over the particular page of display. If the user touches over a certain region of the screen, the item available beneath the finger will be heard in a descriptive form.

If the person is looking for that particular feature then he can double tap over it and use its functionality. Suppose if the person needs to type something, VoiceOver will echo the character on the keyboard and again confirms it before you send to the concerned person.

This is a normal feature to help people with visual defects. A magnification of 100% to 1,500% is possible with the iOS.

It is boon to differently-abled people. It allows hands-free access of the phone tasks. Sending messages, scheduling meetings, making phone calls, and much more is possible with Siri.

For people with hearing disability, video calls are the best option since communicating through the video will give chance to sign language or lip reading of the person at another side.

This feature turns out the speech into text allowing the speakers to get it typed.

The readability of the text on the screen can be improved with the help of a font adjustment feature. Increasing the sizing and bolding the characters makes text easier to read.

For differently-abled people, the feature to be encompassed in the app according to the inability they possess is discussed below.

For people with visionary defects or partial blindness, magnification can be a useful feature. It reduces their burden and makes the phone display more readable for them.

Some people face the difficulty of color blindness. An app to help them out to recognize the color of the material can be much help. They will be able to walk out with confidence and face the society without any disruptions.

An app, especially for the object identification, is highly beneficial for the blind people. All that they need to do is a touch over the application using the VoiceOver and then scan over the object to get it identified. This could even be a lifesaver for such people at some point in time.

Another difficulty these people come across with is the state of light. They won’t be able to find out whether a light is on or off. Hence an app that converts the light intensity into the audio tones will be fruitful for them to switch on or off the lights without seeking for other’s help.

Education is much important for the livelihood of life. Hence, to assist the visually challenged people in reading, the scan and read feature could be a boon. They will be able to learn new things without the necessity of some other person to read it out for them.

They are highly facing the difficulty when traveling to different places. To aid them, the technology can be employed into action. The location to be reached can be marked and their current position can be accurately pointed with the help of the GPS. So, navigation will no more be a difficult task for them.

This is the best method to communicate with the people with hearing inability as they can catch up the lip reading or signaling.

The amplification apps can favor the users with hearing defects to remove the noise in the sound and amplify the desired sound helping them to listen to their favorites without any complexities.

This will allow them to view any kind of video and capture the message.

This will completely remove the inability in them. Voice recognition will find the voice of their known contacts and extracts the text from speech.

The major difficulty that these people face is the construction of the sentence. Especially for someone stammering to speak, these kinds of apps can give them additional confidence.

Keep the people for whom you wish to banish the difficulty in mind, create and construct the ideologies and launch your application! 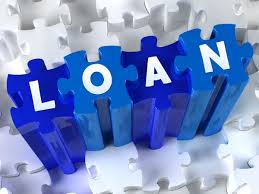 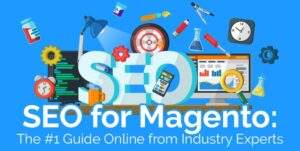