Tanzanite is a blue to purple variety of Zoisite, a mineral of the family Silicates. It is a silicate of calcium and aluminum whose formula is Ca2 Al3 (SiO4) 3 OH. Its hue is due to the presence of vanadium. Its crystalline system is orthorhombic; its hardness on the Mohs scale is between 6 and 6.5. Tanzanite has a vitreous, pearly luster, and has a density of 3.15 to 3.37. Its fluorescence is zero. On the other hand, what makes all its particularity is the strength of its pleochroism, this faculty to change color according to the orientation. In the case of tanzanite, it is trichroïsme: the stone shows blue, red-violet and the bronze color according to the angle of observation.

THE COLORS OF THE TANZANITE

Tanzanite is appreciated for its blue color with changing reflections. However, it also exists in shades of green, yellow, pink, orange … Some, called fancy tanzanites, are multicolored. The most prestigious and the most magnificent tanzanite in many colors is the “chameleon” which presents incredible reflections. The majority of tanzanites used in jewelry have been heated to intensify their natural color and soften brown shades.

THE MAIN DEPOSITS OF TANZANITE

Zoisite, to be fairly rare, is however present in many countries, such as Austria, Switzerland, Italy, the United States … In contrast, Tanzanite, apart from anecdotal quantities in Pakistan, has has been discovered only in Tanzania, and it is still the only place in the world where it is exploited. The mines are located on the territory of the Masai, which owns 95% of the trade of this stone. A thousand times rarer than diamonds and extracted in increasingly harsh conditions from the depths of the earth where the heat is barely bearable, the price of tanzanite is higher and higher because the demand is much higher than the ‘offer. The area concerned being only 20 km2, the deposits will certainly be exhausted in the near future…

THE ADVICE OF OUR GEMOLOGIST: HOW TO CHOOSE YOUR TANZANITE?

Tiffany & Co was the first company to consider tanzanite as a valuable gem and to name it. Since then, she has established herself among many jewelers as a gem that opens fabulous creative possibilities. Its size requires a lot of care, because its cleavage (faculty of a mineral to be fractured according to a flat surface, conditioned by the crystalline arrangement) is perfect but in a single direction. In addition, because of its trichroism, the orientation chosen for the table, flat part of the gem, will determine the dominant color (blue, purple or a bit of both).

Tanzanites are most of the time very pure, without visible inclusions, even under a microscope. The most popular colors range from ultramarine to sapphire shades. The smaller the gems, the more they are lavender tones.

Yellow gold enhances the brilliance of Tanzanite gemstone jewelry in the most beautiful way. It also goes very well with pink or white gold as well as silver and platinum.

STORIES AND LEGENDS AROUND THE TANZANITE

Tanzanite is unusual in that it was discovered very late: it was totally unknown until the 1960s! The legend of their appearance varies depending on the version, but in summary, violent thunderstorms would have ignited bush fires on the Merelani hills, not far from the famous extinct volcano, Kilimanjaro. The shepherds who had fled away from the disaster eventually came back: it was then that they discovered the blue pebbles; originally gray-brown, transformed by the heat into beautiful blue gems … You should know that the blue takes a sacred character among the Masai. She is a symbol of happiness and prosperity. The shepherds who found the first tanzanites showed the mysterious stones to an explorer, who sent them for identification to a gemologist. This one, perplexed, sent them to New York. The GIA (the Gemological Institute of America), an authority on mineralogy, had to admit that it was a hitherto unknown variety of zoisite. In fact, it was formed by metamorphism or in the pegmatites millions of years ago, and in the raw state, it occurs in veins of gneiss, in the form of a striated prism, with facets.

VIRTUES AND BENEFITS OF TANZANITE

Despite its recent appearance in the sparkling world of gems, lithotherapists have already found many virtues to this mineral with shimmering colors.

Tanzanite has beneficial effects on the brain and the nervous system. It would improve hearing and sight, and facilitate the work of the kidney. It would soothe abdominal and gastric pain and be protective of skin and bones.

Tanzanite would stimulate imagination and creativity; it would be the ally of artists, writers, musicians and other creators. It would increase memory skills and intellectual curiosity. It would elevate the soul in search of noble aspirations, ever deeper spiritual search. It would facilitate the proper conduct of the meditation.

The variation “cat’s eye” of tanzanite would bring intuition and clairvoyance.

All this associates it with the upper chakras, which are located at the level of the throat, the eyes and the top of the head.

ASTROLOGICAL CORRESPONDENCE OF THE TANZANITE

Tanzanite is associated with the astrological signs of Aquarius, Gemini, Aries, Pisces and especially Capricorn. It symbolizes the unifying forces. Tanzanite is the birthstone of the children of December. Like satin, she is the symbol of the 24th wedding anniversary. 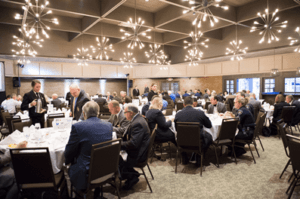 Previous post How Magicians can enhance the fun and charm in a family / corporate event? 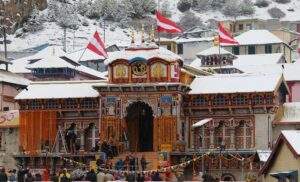