For centuries, Green tea has been consumed and hailed for its health and beauty benefits. Native to India and China, this elixir has gained popularity all over the world because of its medicinal capabilities.

Made from unoxidized leaves, Green tea is one of the less processed types of tea. It therefore contains the maximum amounts of antioxidants and polyphenols.

Listed below are the possible health and beauty benefits associated with green tea.

2. The second reason to drink green tea is that EGCG helps to prevent and eliminate several different types of cancer including colon, lung, skin, breast, colorectal and prostate cancer. This is due to the fact that EGCG impedes tumor cell growth and literally causes cancer cells to commit suicide.

3. The third reason to drink green tea is that it lowers the risk of Type 2 diabetes. According to the research done by The George Institute for International Health, The University of Sydney, Australia, green tea drinkers have an 18% lower risk of becoming diabetic.

Studies have shown that green tea can reduce total cholesterol, LDL cholesterol and triglycerides levels. It also protects the LDL (Low-density lipoproteins) particles from oxidation by accelerating the antioxidant capacity of the blood.

5. The fifth reason to drink green tea is that it provides anti-allergy and immune system support by reducing a principal allergen antibody called immunoglobulin E.

Studies have shown that the catechins in green tea can kill bacteria and inhibit viruses like the influenza virus, potentially lowering your risk of infections.

6. The sixth reason to drink green tea is that it is anti-aging. Regular consumption of green tea and the application of its extract on the skin can help your skin better handle the aging process.

Studies have also shown that the EGCG in green tea is 200 times more powerful than vitamin E at fighting free-radicals that can cause skin damage and wrinkling.

7. Green tea increases the rate at which your body burns fat, accelerating weight loss by 77%. Several studies have shown that green tea boosts metabolism which leads to a decrease in body fat, especially in the belly region.

8. The catechins in green tea can inhibit the growth of Streptococcus mutans which is a harmful mouth bacterium that causes plaque formation, cavities and tooth decay. It also lowers risk of caries and reduces bad breath.

9. Regular consumption of green tea not only improves short term brain function, but also protect it in old age. It also helps in lowering the risk of Alzheimer and Parkinson, two of the most common neurodegenerative diseases.

Green tea is available in many forms. These include in a bottle with sugar or artificial sweetener, in a tea bag, as loose leaf, in instant powder form and as a supplement in capsule or liquid form.

However, bottled green tea with sugar or artificial sweetener is not equivalent to brewed green tea in terms of benefits since it contain fewer polyphenols.

If you’re taking a green tea supplement that contains a high dose EGCG, typically several hundred milligrams, always consume it with food and not on an empty stomach.

Whichever type of green tea you’re planning to buy, don’t forget to browse through the latest deals and offers on Khojdeal to get additional cashback on your purchases.

Apart from the benefits, the caffeine and catechins in green tea can have certain side-effects as well. Excessive consumption of caffeine can interfere with sleep and cause anxiety, stomach upset and headaches in some people.

The catechins in green tea can reduce your ability to absorb iron from foods leading to a condition called iron deficiency anemia.

Certain studies have shown that green tea may inhibit the effectiveness of certain medications including heart, blood pressure, anxiety and depression. 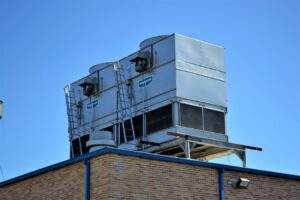 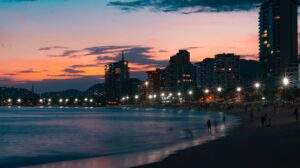