Plagiarism has been considered as a form of academic dishonesty where a number of individuals make the assumption that all plagiarism takes place merely because a student is aiming to cheat.

Since time immemorial, students have been taught how to be creative and innovative in regards to their assignments and projects.  People who have had some level of education are well aware that it is not allowed for one to steal another’s ideas or works and make it their own.  Plagiarism refers to the act of taking an individual’s conversation, idea, writing or song and passing it off as their own.  Apart from plagiarism, academic dishonesty also encompasses cheating or copying assignments, failure to adhere to the rules pertaining examinations, collusion and fabrication whereby a student falsifies intentionally and without authority any information or citation in an academic assignment .

Plagiarism comes in two main forms that are intentional and accidental.  Accidental plagiarism is when a student has not yet fully comprehended what documentation is and the manner in which they are expected to perform it.

Examples of accidental plagiarism may include papers that have references to sources in the text but contain no bibliography or those written from source materials that the student has failed to mention in the text and are also not listed in the works cited page.  On the other hand, intentional plagiarism is whereby a student practically borrows another’s paper and changes the names to make it their own.  Other minor forms of plagiarism include using too many words from another source when paraphrasing, inclusion of image, data table or diagram from another source without providing a reference and copying directly from a given source without presenting it as a quote or providing references.

Why do Writers/ Students Plagiarize

One may tend to wonder why it is that students and/or other writers plagiarize instead of being creative and using their individual ideas.  Some of the reasons as to why students plagiarize include poor note-taking and this can be attributed to the fact that some forms of unintentional plagiarism are learning strategies which are adopted by students who have no proper knowledge of the manner in which to make proper intellectual use of resources made available to them.  Majority of students also tend to plagiarize as a means of handling the demands of studying as well as pressure to achieve a good performance grade.  Lack of understanding as to the manner in which materials from other sources should be cited is also another reason as to why students plagiarize.  It is not uncommon to observe that those students who tend to procrastinate on their studies until just about the time when examinations are at hand tend to panic in an effort of finding the quickest solution or completing an assignment before time .  Such students also tend to plagiarize a lot on their academics.

Plagiarism should be considered a form of academic dishonesty that deserves appropriate penalties.  This is because it not only fails to give credit where it is honestly due but also tends to make those responsible lazy and lack a sense of creativity or innovation in as far as coming up with new ideas is concerned .  Plagiarism is all about honesty as one makes an effort of trying to convince another individual such as educators and college professors that a written piece of work or an idea is original to the student despite the fact that someone else came up with the idea first which is where the student got it from.  In itself, plagiarism is not considered to be a legal offense or a crime but rather dishonest.  If this form of academic dishonesty was not perceived as dishonesty it would not have come with serious penalties that are currently being implemented on those found guilty of committing it.  Penalties awarded on students guilty of committing plagiarism vary as per the degree of gravity but incorporate failing a paper or an entire course, loss of academic scholarships and other means of financial aid as well as loss of self respect since such students are well aware of the fact that they actually used someone else’s work and passed it off as their own.  Penalties for plagiarism also include loss of future references especially if one intends on seeking employment and loss of respect from teachers and fellow students who would also not trust such a student if found guilty of

It is important to realize that plagiarism does not only take place in academic environments but also in the workplace as well where penalties are also awarded.  Unlike in academics where plagiarism can be tolerated to certain extents as is with the case of unintentional plagiarism, it is not tolerated in the workplace.  It is the belief of majority of employers that their staff should have a firm grasp on the issue of plagiarism and the manner in which they can avoid it by the time they are employed.  Another reason as to why employers have a low tolerance towards plagiarism in the work place unlike the case in academic sectors is because the company’s reputation is on the line and if found guilty of the act, the company is bound to lose respect from other companies and clients as well as lose its business all together .  Penalties for plagiarism at the workplace include immediate loss of the job or being served with a temporary leave of absence where the employee will not be receiving any form of payments.

Even though plagiarism is considered as a form of academic dishonesty, it is quite possible to avoid it in future.  One of the simplest ways of avoiding plagiarism is through proper citation of quotes and information in that particular assignment or work.  Plagiarism is using someone else’s words and it is therefore advisable for a student or a writer for that matter to write homework assignments as per their individual understanding.  In instances where one uses someone else’s words in the exact same manner, they are to put quotation marks and cite the original source of such information.  As aforementioned one of the reasons as to why students and other individuals tend to plagiarize is due to procreation of their assignments.  It is therefore important for such students to effectively manage their time by working on their given tasks as early as possible to avoid last minute rushes.  In this way, students will avoid experiencing stress and anxiety, thus avoid intentional plagiarism cases.

Academic dishonesty which incorporates plagiarism is considered a serious academic crime deserving serious penalties as a means of teaching other students not to plagiarize.  It is therefore important for educators and employers to emphasize on the importance of original and creative work and ideas in order to enhance students’ learning skills and gear them towards potential references when seeking employment after completion of their academic learning.  Academic institutions as well as organizations should make use of the plagiarism detector in order to maintain a clean record and find respect from other institutions and organizations.  Academic dishonesty tends to be at its minimal when students are aware of the fact that they can easily be caught. 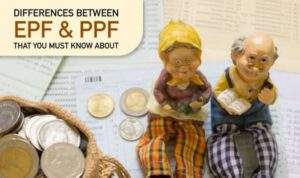 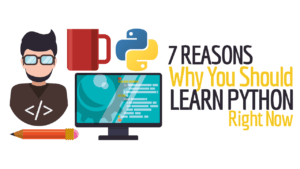