Due to the vast opportunities in the tourism, heritage and culture, and energy-related job sector in Saudi Arabia, there are a lot of expats who come into the country and most of them work years before retiring to their own country.

So, whether you are going to Saudi Arabia on a contract or for a permanent job here are some of the tips while relocating that you should consider :

The first tip while relocating to Saudi Arabia’s is adherence to their culture and though their culture can appear baffling at the first glance however expats have tarried for years comfortably because the empire treats them with honour and renders for a very high quality of life. Saudi Arabia’s legal system is driven by Islamic Sharia law, which is evident through the culture and behaviour of the kingdom. Islamic culture differs from western cultures and since the culture is so distinctive people who come into the country should make an effort to learn and confirm to the new way of living to avoid criminal prosecution.

To ensure that you abide by the rules here are some basic antiquate rules or tips to follow:

Muslim festivities are clocked around the moon and this means there is no fixed calendar of festival dates. For example, they do not have 25th Dec designated for Christmas which falls every year at the same date. Islamic festival dates are announced a week or so before they occur. There are several celebrations like Eid-ul-Adha, Eid-al-Fitr. So another tip while relocating to Saudi Arabia is to be respectful of the various religious events.

Men and Women have unconventional and notable rules that stringently lay the foundation. Men and women sustain distance and unmarried men and women aren’t supposed to have any contact or touch at all. Public transportation, beaches, or parks all have dissociation between men and women, and women require male’s approval for some requisites like a permit to drive, renting an apartment, etc however these rules have been eased a little over time.

Saudi Arabia is a vast land with beautiful landscapes, it has huge mountains and it has white sands and serene beaches. The weather conditions widely vary and June is the hottest month of the year. The maximum temperature soars to a 45-50 degree Celsius so measures like drinking water and staying hydrated are vital and wear sunglasses and using UV protection is very essential.

There are plenty of accommodations in the Kingdom however most expats stay in the compounds that are arranged by their companies. One such compound is by Retal residence who are renowned for their quality compounds that are made beautifully and house all the comforts of the modern world, here expats have the freedom to do as they please as the normal laws do not apply here. Women can dress and function as they would do back home which is a welcoming gesture for most who stay out of their country. Alcohol remains illegal as it is considered ’haram’ by Islamic norms.

A tip while relocating is that living in Saudi Arabia should be done within the boundaries of the Islamic religion and state rules as defying them can lead to heavy fines. The judicial system is based on sharia law and this applies to both Muslims and non-Muslims. 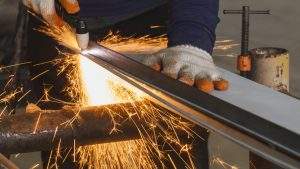 Questions to Ask in The Search Of Property Management Services

5 Considerations to Make When Choosing an Interior Designer