The Chinese smartphone maker officially launched its foldable smartphone with the price of 2.600 per unit, the Huawei Mate X, at this year’s Mobile World Congress on Sunday 24th February. The unveiling had followed its major competitor, Samsung, unveiling the Galaxy Fold a week earlier, which will come at a slightly cheaper price point of $1,980 per unit.

At long leak, the Samsung Galaxy S10 arrived. And, well, it’s pretty much exactly what we thought it would be, with three sizes, a hole in the display for the front camera, and all sorts of new color options.

Now let’s do a quick comparison between both the phones depending upon their features:

Both the phones launched in the same month (Feb 19) with the difference of few days. Mate-X weighs 295 grams but S10 is comparatively much lighter and carries the weight of 157 grams only. Mate-X has launched in just interstellar Blue color while S10 has the variety and is available in Prism Black, Prism Blue, Prism Green and Prism White colors.

Both the phones have the expandable storage capacity up to 256 GB (Mate-X) and 512 GB (S10) respectively. S10 has the option of micro SD card but Mate-X don’t have any such option. Huawei HiSilicon Kirin 980 are the Mate-X processor maker while S10 processor is made by Samsung Exynos 9820SoC.

Talking about sensors then yes both the phones have the fingerprint sensors. Both of them have the Compass build in. Proximity sensors for both the phones are working. Both the fancy phones have the Ambient light sensors. S10 has the one famous feature build in it that makes it different from the other is that Samsung S10 comes up with the face unlock feature build in it while Mate-X don’t have any such feature. 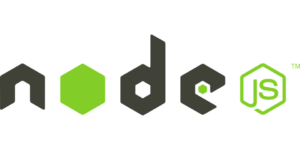 Previous post Reasons behind the broad use of Node.JS in Web Application Development Next post The Effectiveness Of Emergency Lighting With New LED Technology