The extruder is a machine for the mass production of stones. The bricks from an extruder have a recognizable, smooth, and angular appearance and are called extruded bricks. The extruder can make perforations and decorations and the so-called green brick (clay pieces the size of the stone) can also be processed later in the production process.

The extruder was invented in the nineteenth century and over the twentieth century has become the fastest brick-making machine. He owes his name to the strand of clay that comes out of the press and is cut into so-called green bricks, pieces of clay the size of a stone.

Bending presses require clay with a dense structure because the green bricks must be able to keep their shape during cutting and drying without the support of a mold container. Fatty clay, or clay with little sand, is suitable for that. In the US, however, there is quite a lot of lean clay, which contains a lot of sand. As a result, there are many mold brick factories and mold bricks are common in the US.

Stretch press bricks are considered high-quality and are generally more expensive than shaped bricks. With an extruder, a strikingly angular stone is obtained that is tight and smooth in two directions; the cutting edges are somewhat rough and usually show arcuate cutting marks. The material is hard and has a high density. The material absorbs less water than is the case with molded bricks. The stone is hard and a little porous so that weathering and dirt do not have much chance.

If the extruder’s press nozzle is fitted with steel or glass mandrels, perforations or through holes will form in the stone. Perforations save raw material and ensure fast and even drying. Drying takes less heat and the weight of the stone is lower. Perforation also used to ensure that the bricks did not warp at the high firing temperature required for extruded bricks. From the 1980s, the firing process and clay composition could be better controlled and warping is less and less of an issue.

The disadvantage of perforations is that the stone can be damaged at the cavities and that dirt can accumulate there. In case of faulty masonry or poorly placed stones, bag water from grout or rainwater can penetrate into the perforations of the stone, which can lead to frost damage, but with good execution of the work there is no objection to the use of perforated stones, even in the outer wall.

Structure or drawing on the stone

Deep perforations or through holes in the stone are always on the rough side, but the smooth sides of the stone can be provided with a structure or drawing with rolls. A roll with a wave profile provides trenches or grain, a roll with teeth produces notches, and an irregularly shaped roll provides a bark-like structure, or an appearance reminiscent of a hand-molded brick. However, the structure is different and moreover it will repeat itself when the role has been completed.

A drawback of the extruder is that it cannot apply properly crossing ridges or structures: large structures can only be pressed into the smooth sides parallel to the pressing direction. Small structures can still be pressed with a roll, but two large grooves perpendicular to each other are impossible.

bWith facade brick from the extruder, there is a choice between solid and perforated, between smooth (flat unsanded) and flat sand and between grained or ungrained. Sanding is an extra production step and is therefore not done as standard. When sanding, the two ends are sanded and one long side that is visible (the stretch). 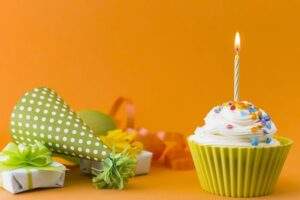 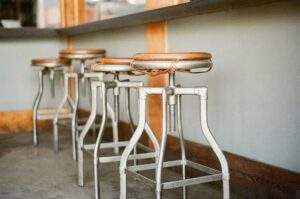