After more than two decades of working in graphic design, we came to understand that sweating a project, encountering difficulties, solving all kinds of logical or creative tasks, we thereby solve not my problems, but the problems of the business owner, who towards us acts as a customer. This understanding pushed us to a new level of relations with the customer and these relations have become truly partnering. When you announce to your client that you are not a “picture draftsman”, but you are his strategic partner in the framework of a specific marketing task, this at first causes surprise, then respect, and in case of successful completion of the project, extreme satisfaction.

We’ll make a reservation that before declaring this to the business owner, it is necessary that this partnership is fully objectified in the mind of the designer. Simply – for the role of a strategic partner you need to mature, otherwise, you will not be believed and will not be taken into partners.

Why is a business needed at all?

What makes these not very generous people who are ready to bargain for every ruble to share their profit with the designer? Why can’t a businessman like this himself?

The answer is obvious to me – a business cannot convince a buyer to voluntarily part with money without the help of a designer. And this inability is not associated with a lack of brains in commerce. It is all about the different ways of thinking of a person of business and a person of creativity.

The businessman’s way of thinking can be described as “grocery”. A businessman is able to keep in his memory and freely operate with an endless list of physical and operational characteristics of his own product, to know about it the subtleties and nuances that would be enough for 7 scientific articles. However, the mass consumer is irrational, he does not want to make a purchase decision on the basis of a long list of options, he wants all the values ​​of the product to be described in the form of a concise and convincing message for him. He, like that girl at a party who already decided for herself that she wouldn’t spend the night at home, but didn’t choose whom to go with and, as it were, allows herself to chat.

How to get convincing?

Scientists have proved that we perceive 86% of communication with the organs of vision, that is, through the “picture”. Why? Because a visual message or a business sign design, unlike a verbal one, can subtly affect the psyche through color, shape, texture, etc.which can charge a message with emotion and in turn, forms consumer loyalty to the product, which is the ultimate goal of all the fuss called “promotion.” By and large, graphic design is the art of translating meanings into visual images to establish communication between the manufacturer and the consumer, and the designer is the bearer of a specific, largely irrational way of thinking called visual.

Why does one design sell and the other not? Because one visual statement is understandable to the consumer, and the other is not. What is an obstacle to our understanding? Yes, the mass of everything is gender and national differences and age and behavioral.

Can we solve all the problems of communication by creating simple and clear visual statements? Yes and no..!

It is important to understand that simplicity is a necessary but not sufficient condition for establishing sustainable communication “I say – you understand”. There is another important circumstance – this is the interest of the viewer. A visual statement can be absolutely understandable to most of the audience, like 2×2, but at the same time be banal, boring, and therefore uninteresting to the viewer. The secret is that everything ordinary and fake, our brain reckons with the stereotypical part of reality and slips past this without braking and not focusing. 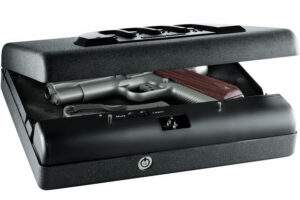