Valgus deformity of the first toe in the metatarsophalangeal joint. Due to the deformation of the finger deviates outwards at an angle to the others. The disease is detected in women ten times more often than in men.

It is assumed that the reason for such a difference is the weakness of the ligament apparatus in women of the weaker sex, as well as the wearing of uncomfortable narrow shoes with high heels. Pathology is widespread and detected in people of all ages.

The main reason for the development of Hallux valgus is usually a lack of connective tissue, which can manifest itself as transverse flatfoot, extreme mobility of the joints, varicose disease, increased stretchability of ligaments, fascia, and skin.

Hereditary predisposition is revealed – as a rule, the close relatives of patients (mothers or grandmothers) also have this deformity. Other factors: high heels, walking in uncomfortable narrow, tight or short shoes – are secondary and only contribute to the formation of Hallux valgus, Also, read Steptoremedies.com

The second group of reasons for the development of pathology is congenital deformities, foot injuries and some diseases in which there is a violation of the nervous regulation of the muscles of the leg and foot (for example, polio).

Along with weakness of the ligaments, uneven tension of the muscles leading and abductor of the first finger, as well as the genetic tendency to form exostosis along the inner surface of the head of the first metatarsal bone, plays a specific role in the development of the disease.

When the deformity is formed, the imbalance in the tension of the muscles is further aggravated, the metatarsophalangeal joint becomes unstable.

The inner surface of the joint is continuously irritated by contact with shoes, as a result of which the displacement of the head of the first metatarsal bone is complemented by the formation of bone growth, which further aggravates the deformity.

Due to a change in the shape of the foot, a redistribution of the load occurs – the region of the heads of the third and second metatarsal bones is constantly overloaded during walking.

It leads to the occurrence of pain and the formation of arthrosis not only in the region I but also in parts II and III of the metatarsophalangeal joints.

Patients complain of pain in the I metatarsophalangeal joint. The pain increases after a long walk or an extended stay on the legs and decreases at rest. There may be night pain, especially after a significant load on foot.

Pain syndrome can vary significantly in nature and strength – from a feeling of discomfort (usually in the early stages) to sharp burning or constant aching pain.

The severity of pain is not always clearly correlated with the severity of arthrosis and the magnitude of the deformity, although with significant displacement of the head of the first metatarsal, the symptoms are usually brighter.

As the deformity of the foot develops, it increasingly loses its standard form, expands and flattens, the first finger “falls” on the second, and often the accompanying deformations of the second finger occur.

All this in combination with the “bump” in the projection of the I metatarsophalangeal joint significantly affects the appearance of the foot.

Therefore, along with pain, the reason for patients to go to orthopedists is often a cosmetic defect and problems in the selection of shoes. Especially often these complaints are made by young women.

When visual inspection of the foot spread. Visible deformity and slight or moderate hyperemia in the projection of the I metatarsophalangeal joint is detected. The first finger is inclined outwards at an angle to the rest.

Palpation is painless or mildly painful; bone exostosis and skin tightening are determined on the inner surface of the foot in the area of? The I metatarsophalangeal joint. A small local swelling is possible.

Movement in the I metatarsophalangeal joint, as a rule, is limited (the degree of restriction of movement can vary considerably), with a maximum extension of the first finger, pain can occur.

Symptoms and X-ray data make the diagnosis of Hallux valgus. Perform an X-ray of the foot. The sharpness of valgus limited by taking into account two quantities: the angle between II and me metatarsal bones (Intermetatarsal angle) and the corner at which I finger is rejected concerning I metatarsal (Hallux valgus angle). Step up Hallux valgus:

Stage 1 – the angle between the metatarsal bones is less than 12 degrees, the deflection angle of the I finger is less than 25 degrees.

Stage 2 – the angle between the metatarsal bones is less than 18 degrees, the deflection angle of the I finger is more than 25 degrees.

Stage 3 – the angle between the metatarsal bones is more than 18 degrees, the deflection angle of the I finger is more than 35 degrees.

Along with the degree of deformation in the study of X-ray images assess the severity of arthritic changes. The presence of arthrosis is indicated by narrowing of the joint space, distortion of the joint site, marginal growths and osteosclerosis of the subchondral zone.

In some cases, for a more accurate assessment of pathological changes in the foot of the patient is sent to MRI or CT. MRI of the foot is prescribed for the examination of soft tissues, CT of the foot is used to study the state of the bone structures.

In case of diseases involving a violation of the nervous regulation of the muscles, consultation of a neurologist is necessary.

The disease can not be eliminated without surgery. However, in the early stages of the disease in young patients, as well as for any degree of deformity in senile or old age, conservative therapy is recommended.

The main objectives of this therapy are the elimination of pain and the prevention of disease progression. The treatment is carried out by an orthopedic surgeon in an outpatient setting. For pain, anti-inflammatory and warming ointments are used.

During remission in case of arthrosis of I metatarsophalangeal joint, ozokerite, inductothermia (an electrical instrument), phonophoresis with hydrocortisone are used, electrophoresis with novocaine or trimecaine is prescribed.

If there are signs of inflammation, the patient is referred to UHF or magnetic therapy. Also, patients are advised to.

1. To reduce weight (with excessive body weight) to reduce the load on foot.

2. Optimize the load: perform a unique set of exercises to strengthen the ligaments and muscles of the foot, if possible, eliminate long-standing and walking.

3. Use special orthopedic shoes to eliminate excessive pressure on the area of the I metatarsophalangeal joint.

4. Use inserts between the I and II fingers to prevent further valgus deviation of the I finger.

With the failure of conservative therapy, surgical intervention is indicated. There are about 300 variants of operations with Hallux valgus.

All techniques can be divided into three groups: on soft tissues, on bone structures, simultaneously on bones and smooth muscles.

Soft tissue surgery is valid only when I degree of deformation. It is possible to carry out the operation of Silver, in which the tendon of the adductor I of the thumb I am cut off, or the process of McBride, in which this tendon moves.

The purpose of such interventions is to restore the uniformity of the afferent and abductor muscles. Often the listed surgical operations are performed in conjunction with the excision of the bone growth and subcutaneous mucous membrane in the area of? The I metatarsophalangeal joint (operation Schedule).

Currently, in the treatment of II and III degrees of Hallux valgus, the choice is made between two methods: chevron and Scarf osteotomy. In the case of chevron osteotomy, a small V-shaped fragment is removed in the distal part of the first metatarsal bone.

With Scarf osteotomy, a Z-shaped incision (cut) is performed almost throughout the I metatarsal bone, and then fragments are “shifted” to eliminate the angle between me and the rest of the metatarsal bones. Particles are fixed with screws.

All surgical interventions are carried out in the conditions of the Department of Traumatology and Orthopedics. In the postoperative period, the patient is immediately allowed to dose the leg in a specific orthosis, which is mandatory for wearing for six weeks.

During this period, it is recommended to keep the leg more elevated and avoid overloading. Subsequently, you should wear wide shoes, perform an exclusive complex of exercise therapy and carry out self-massage of the arch of the foot using a tennis ball. 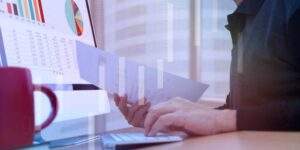 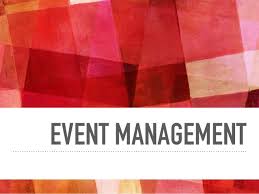