Tax refunds are one of the rare pleasures in dealing with the IRS! You could have a thousand or more dollars in the bank which for some could pay for a vacation but for many can help them make ends meet. Not everyone will get their refund when expected thanks to anti-fraud measures that the internal revenue service (IRS Tax Attorney in Los Angeles CA) takes, and this is having a lot of false positives that delay refunds while they are being investigated.

How long should I expect to wait for a tax refund?

In most cases you can expect your tax refund within 21 days of filing your tax return. This can be delayed without you needing to worry if you have an Additional Child Tax Credit (ACTC) or an Earned Income Tax Credit (EITC) you may have to wait longer. The IRS website states, “According to the Protecting Americans from Tax Hikes (PATH) Act, the IRS cannot issue these refunds before mid-February. The IRS expects the earliest EITC/ACTC related refunds to be available in taxpayer bank accounts or debit cards starting February 27, 2019, if these taxpayers chose direct deposit and there are no other issues with their tax return.”

If you phone the IRS asking what has happened to your tax refund the agent will check the same system as you can yourself online – the Where’s My Refund page on the IRS website. This can save you a long wait and a big phone bill!

If you have not filed your tax return or have delinquent taxes owed to the IRS you may not see any refund forthcoming. You should be aware of that situation by now, with the IRS making its tax demands in a timely manner.

There may be another problem, even for the honest taxpayer – you may be part of the growing number of taxpayers wrongly assessed by the IRS computer system as being potentially fraudulent in your activities.

In 2017 the IRS picked up $6 billion in fraudulent tax returns – a significant sum but by no means every cent that is defrauded from the Treasury every year.

Thanks to the IRS Identity Theft and non-ID related fraud prevention measures, many people expecting a tax refund are being investigated unnecessarily. Why? The Independent Taxpayer Advocate estimates that the IRS computer systems are picking up an unacceptable number of ‘false positives’. Where your case is a false positive your tax refund payment will be suspended while an investigation is done into your eligibility.

The systems assess each return for rules that may have been broken in filings. Where one rule has been broken this is flagged for review. Both systems have a series of ‘filters’ that enable them to assess whether they believe someone is in the right or wrong. The Taxpayer Advocate again: “Specifically, non-IDT refund fraud filters selected in excess of one million returns from January 1 through October 17, 2018, a roughly 400 percent increase when compared to the same time period last year.”  That could mean that you could be one of hundreds of thousands of Americans wrongly flagged as being engaged in non-ID related tax fraud by the IRS computer system.

What this means is that you could be in a long wait for your tax refund. The Taxpayer Advocate showed, “In my 2017 Annual Report to Congress, I reported that about 37 percent of returns selected into the pre-refund wage verification program during the 2017 filing season took 11 weeks or more to be processed.”

Major reasons behind the FPR

The Taxpayer Advocate found a number of reasons the computer systems flagged people up. You may be picked up for fraud if the IRS hasn’t seen your employer’s filing. In 2018, the IRS only checked for third party filings weekly not daily so a tax filing arriving on 31 January might not be picked up for a week, by which time the employee was raised as a potential fraud by the system.

If the employer is found and is cross referenced, and a discrepancy found between employee and employer declared incomes then the system will naturally flag it up. The Taxpayer Advocate showed however, “we identified that the system selected returns where changing the income amount on the return to match that of the third-party documentation either increased the refund amount or did not change it.”

The final issue found in FPR was people who were on EITC or ACTC. The outdated computer system used for assessing fraud in these cases, the Electronic Fraud Detection System (EFDS) which showed potential fraud if no third-party returns were shown as filed two weeks after the latest filing date. The Taxpayer Advocate showed in these cases, “because EFDS does not interact with the IRS system that maintains third-party wage information, IRS employees had to manually enter the third-party data into EFDS one document at a time to release the refunds.” This involved more than 300,000 cases nationwide.

Call Defense Tax!
The old saying applies in all forms of law: ‘the man who represents himself in court has a fool for a lawyer’. If you are informed you are being investigated for tax fraud it makes sense to get a tax attorney involved. About ways to reduce taxable income or at Defense Tax we have a great track record for securing the best outcomes for those accused of tax fraud. Give us a call today! 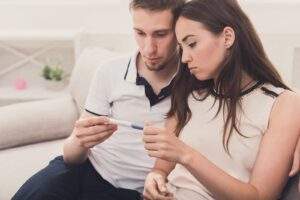 Previous post What Are The Various Diagnostic Tests For Female Infertility? 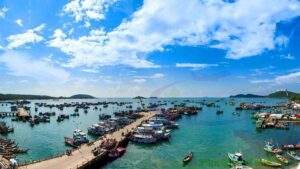 Digital vs Analog Radio: What Are the Differences?