Court marriage may be done for a number of reasons. One of the major reasons may be to keep from the heavy expenses of big fat Indian wedding. In some cases, belonging to different faiths is also a reason. Getting married lawfully comes with a lot of advantages too. It provides you with a certificate and a legal confirmation. The process does not require a huge amount of investment.

For a court marriage to get solemnized at the marriage registrar’s office, the couple must produce 3 witnesses. The witness can be anyone from the following:

With these witnesses standing beside during a court marriage, a couple can easily go ahead with the marriage despite objection coming from parents and other family members. However, it is important that the would-be couple has attained the legal age. The legal age for groom is 21 years and 18 years for the bride.

Having attained the legal marriageable age, the couple should have only 3 witnesses present during the exchange of vows. These witnesses should also be present while signing the marriage register.

Witness – His/Her/Their Roles during the Procedure

Under the Special Marriage Act, 1954, the Indian Law allows inter religion marriages without any require to abiding by the personal laws. This is where the role of a witness comes to the picture. Once a couple files a notice of intended marriage in the specified form to any marriage registrar of the preferred district while stating the intention to getting married, the role of a witness comes in. The procedure can be undertaken and accomplished under the guidance of experienced court marriage lawyers in Delhi.

As per the law, at least one of the parties to the marriage should reside for a period of a minimum of thirty days straightaway past the date on which the notice of marriage is given. The court of law checks and verifies all of the documents to determine whether they are really qualified for getting married as per the law. Thereafter, the court publishes or puts up a notice. It is to invite any objections. The entire time period for the procedure is 30 days.

The witness comes into role play once the period of 30 days are over. The bride and groom are called for at the marriage registrar’s office after the entire period of 30 days is passed without any issue or objection raised. The would-be couple should be present at the office to sign a declaration accepting their will to wed each other lawfully. Thereafter, the two individuals will become legally wedded husband and wife.

The most important thing here is to sign the declaration in presence of three witnesses before the registrar. It is only after the sign of witnesses, the registrar of marriages countersigns the document.

The witness must also sign the documents and also provide PAN card and residential proof. All requisite details in the marriage certificate register will be entered only after the signing of the declaration by the following:

The last step is issuance of certificate of marriage. This serves as an exclusive proof of court marriage solemnization. 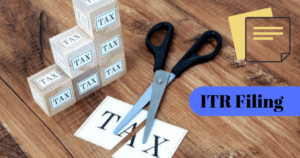 Next post ITR Filing – What Make You Under Penalty

How Can Yoga Assist You to Recover Sleep?

How to Instill Healthy Habits into Your Teen

5 Signs Your Child is Getting Bullied in the School