Peer pressure, fear of failure, deadlines, confrontations, and the unknown future are unfortunately now considered normal in academics. A student’s life in today’s world is never short of the above mentioned worries. This is perhaps the reason why psychological problems are most frequently affecting students these days. This is why every psychologist in uae has many student patients checking in on a daily basis.

The problem is not just the environment that we have in our institutions or the problems that occur due to prolonged stress. It’s the negligence and underestimation of the matter that escalates the direness of the situation. People don’t consider mental problems like depression, stress and anxiety to be serious enough issues. In fact, most people don’t even understand the difference between clinical depression and moments of sadness.

All this ignorance ultimately ends up making the circumstances worse for the victims that are suffering each day. Therefore, it’s imperative that we keep a watch out for the common psychological problems that can turn worse with time.

Although the symptoms and effects it has can vary in each individual, there are some common signs you should look out for. These include changes in sleep and appetite along with the pain that suddenly erupts out of nowhere without a notable cause. Constant sadness, helplessness and feeling overwhelmed is also a common sign that could be spelling out clinical depression. Even though these are symptoms that can appear at random throughout your life, it’s a problem if they appear together and frequently.

Almost anything can add up to become the causes for depression. Some of these can include the death of a near and dear one, failure in academics, peer pressure, social environment in institutions or at home, etc. Pre-existing conditions such as autism or Down’s syndrome can greatly increase the chances of the patient developing further mental complications due to inappropriate social settings. The worst thing about depression and other mental diseases of the sort is that they bring about inevitable suicidal thoughts.

There’s a thin line between the anxiety that’s normal for human beings to function and the anxiety that becomes a mental problem. The only way to know for certain that your anxiety is crossing the line is when it persists on a daily basis. When your daily routine is affected by the fear and constant paranoia of things like failure, the future, or social threats, you need help. Anxiety attacks are also signifiers that the condition has persisted long enough to become a serious problem. You can be sure that at this point, without proper psychological care, your chances of having a normal life can diminish.

People often undermine anxiety issues by telling the patient that they’re overthinking. Social conditions and past experiences, especially traumatic ones, are common catalysts that bring about anxiety.

There are many types of eating disorders. Whether you’re eating too much or too little, you often find yourself feeling guilt and self-hatred. This is common in people who are suffering from various eating disorders. Students who are going through tough semesters and trying to cope with the daily loads of stress coming their way often develop Anorexia Nervosa, Bulimia Nervosa or Binge Eating Disorder.

Anorexia Nervosa is a disorder in which the patient becomes obsessed with staying thin. Their only worry is that they’ll gain too much weight.

Similarly, Bulimia Nervosa is a binge eating disorder that is accompanied by feelings of guilt and over-compensation mechanisms such as purging, fasting and exercising too much.

Most of the general population knows about addiction currently from 18th-century textbooks that have been disproved in recent times. Following certain experiments and researches, it was concluded that addiction is not a psychological but an environmental problem. This means that persistence in substance abuse is not due to problems of the mind but because of the problems in one’s social and physical environment. If it’s not favourable enough to let individuals be free to be themselves, it’s going to make them want to escape. This intuitive escape strategy often manifests itself in the form of intoxication resulting from substance abuse.

However, it’s crucial to understand that stigmatizing and victim-shaming the patients of addiction only worsens the problem. This has been proved in a lot of studies that addicts and patients of drug abuse can only be treated by reducing alienation and bringing them back in contact with society. Only by becoming proper community members will they be able to reinstate themselves in their respective roles and positions. Although these are just some of the mental problems that affect every other student, they’re certainly deadly and deserve to be taken seriously. Consider talking to a if you think you or anyone you know is having symptomatic episodes. 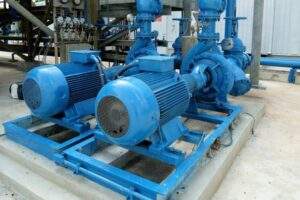 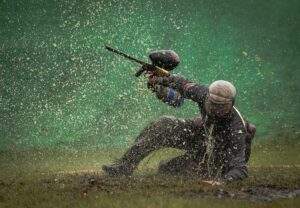 Next post Why Is My Paintball Gun Chopping Balls?