As a renowned filmmaker, Brazil’s Leonardo Pirondi says his core mission is to present ideas to people, making one think, rethink, and ideally see the world from a different perspective. Despite the many awards decorating his films (un)MUTE, ESMAECER, The Illusionists Cube, and This is Mine, This is Yours, they all began in the same way, with Pirondi looking to leave a lasting and meaningful impact on his audience. Filmmaking is his chosen career, but it is ultimately his life’s passion.

“From a very young age I became interested in movies, I grew up watching Star Wars and a lot of American cartoons dubbed in Portuguese. Around the age of 14, I started to dig into the classics from Hitchcock, Chaplin, Tarantino, and a lot of older Disney animations. Once I got a little older, I started to explore films from other countries and from my own; the incredible work of Glauber Rocha, Godard, Kurosawa, Jodorowsky, these masters shaped my understanding of the use of sound and image, as well as how to look for a more independent and artistic cinema around the globe,” he said.

Pirondi’s most recent success yet again takes a dynamic and telling look at real world issues while presented in an artistic and captivating way. Earth had issues Loading… is a commentary on technology, industrial development, and their impact on the planet. It is a meditation on the abusive relationship between humans and nature shot on 16mm, digital, and with CGI.

For Pirondi, his projects are born from an idea that births another idea, and another, until it encapsulates a new project. Earth had issues Loading… was no different. It all began while Pirondi was reading the news from his home country of Brazil, detailing the devastating fires in the Amazon, a fire that was caused by humans. He sat reading this tragic news in his new home of California, which has also suffered from damaging and uncontrollable fires. This inspired Pirondi in a sense, as he wanted to make a film about how it felt being so impacted by climate change in our generation.

This idea was the core of the film, but when it came down to beginning his work on the film and as Pirondi stepped into 16mm, which now is the main medium he works with, he decided to create a film that transcends the boundaries of countries and politics while going through the harms that humans do to the planet. The title Earth had issues Loading… is a product of the creation of the last section of the film. The end scene of the film uses a CGI tool in beta that simulates the planet glitching; a message then appears saying “ERROR: Earth had issues loading…”

“Ideas come to me one after the other and sometimes they don’t seem to connect, or maybe sometimes I don’t have the understanding of how they can connect, this all takes time usually. But with Earth had issues Loading… I was very excited for it to be almost like a transition film for me, from digital to 16mm, where I would be able to mix, experiment and push to the limit this clash between mediums. So that’s where the experimentation with CGI that exists in the film comes from,” said Pirondi.

Initially slated to premiere in Milwaukee but pushed back due to the COVID 19 pandemic, Earth Had Issues Loading… made its official world premiere at the Festival ECRÃ in Rio de Janeiro, Brazil. This felt special for Pirondi, premiering in his home country that was also the inspiration for the film.

“It went full circle. The project that began as a response to my feelings of seeing my home country on flames suddenly was premiering in my country in a program with other big names from experimental cinema like Ben Rivers, Billy Woodberry, Lewis Klahr, and James Benning,” he said. 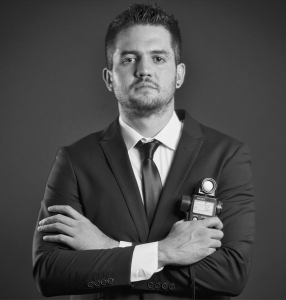 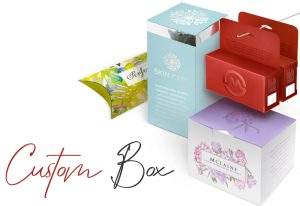