One of the major cancer cure problems is that oncologists do not have to deal with a single disease, but a number of them. It is a group of more than 100 different diseases that are capable of erupting anywhere in the body. Although cancers are alike in a few ways, they are very different in the manner that they grow and spread.

Different cancers respond to treatment in different ways, which is why doctors cannot come up with a single way to treat all of them. A combination of different factors such as genes and habits determine how one individual’s organs will respond to treatment as opposed to another’s. Symptoms like weight loss, shortness of breath, nausea, belly pain, and fever after treatment further increase cancer cure difficulties.

Even the cancer cells with the same tumor are fully capable of behaving differently. The technical term for this phenomenon is heterogeneous, and its consequences have been visible only in the last few years. Further studies have enforced this phenomenon, and now it is widely known. Since biopsies are generally collected from the same spot in a tumor, heterogeneity has major implications for improving therapies and diagnostics. Another corollary of this phenomenon is that one targeted therapy will not be able to remove all cancer cells on its own.

How do cancer cells survive and thrive?

All cancer cells divide rapidly and need to endure a certain degree of stress to their DNA. Fast growing cancers act according to the fine balance between repair and DNA damage. However, genetic changes add up over time and this looks like rapid evolution, where mutations can cause even higher levels of expansion. This further contributes to the concept of heterogeneity mentioned above. In other words, the cancer treated today will be different from the one you treat in a few weeks, thereby becoming one of the cancer treatment difficulties.

Modern analysis and sequencing have made it possible to keep track of cell evolution and predict changes before they occur. However, there is no guarantee than even a precise combination of targeted therapies will be effective, especially when adequate cancer cells survive initial treatment.

Cancer cells are very different from other cells within our bodies. Some of them even possess the ability to hide from our immune systems, or even suppress initial immune responses. At times, a chemical compound is added to cancer cell DNA, allowing it to suppress the activities of some genes. As a result, the dangerous cells are now less likely to be attacked by the body’s immune system, eliminating the chances of a cancer cure.

Many experts feel that personalized cancer cure treatment, although suitable for several patients, does not take into account the fundamental premise that cancer cells evolve during treatment. As a result, chemo drugs which are very effective in the initial period are found to have reduced effects over time. The cancer cells’ internal wiring is rerouted, restoring the tumor’s ability to spread.

Also Read: Use of stem cell therapy in cancer treatment

Malignant growth immunotherapy, utilizing the body’s own insusceptible framework to target and obliterate disease cells, is one of the most energizing fields in biomedical exploration. The fervor is justified, and there have been fantastic triumphs in human patients. However, challenges remain — numerous patients don’t react to the treatments for reasons not completely comprehended, and there have been a few issues with poisonousness following too solid an insusceptible reaction. JAX Professor Karolina Palucka, M.D., Ph.D. , is attempting to all the more likely comprehend the unpredictable exchange between the human resistant framework and malignancy. To do this, she is building up a unique mouse framework that gives an exploratory model utilizing both human tumor tissue and human resistant cells. She is additionally examining how to expand reaction to a class of medications — checkpoint inhibitors — that block invulnerable cell hindrance and advance malignant growth cell devastation. One strategy is to upgrade the extension or actuation of executioner T cells through malignant growth antibodies. It’s a fragile parity, as overstimulation can prompt the poisonous reactions referenced beforehand, however cautious control can yield a very compelling malignancy pulverizing reaction.

Malignant growth stays a troublesome malady to treat, yet the rising treatments are progressively viable. As we approach another decade, it is fascinating to conjecture what we will have the option to do when we move into the 2020s. What treatments will be accessible that appear to be far off today? While inside and out fixes will probably stay subtle, we might be ready near the precarious edge of a significant advance or even jump forward in our capacity to treat malignant growth regardless. Malignant growth’s multifaceted nature won’t disappear, however our capacity to comprehend and control disease cells — just as stifle and execute them — will keep on quickening. 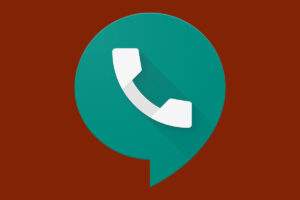 Previous post You May Also Know How To Do Easy Email Marketing? 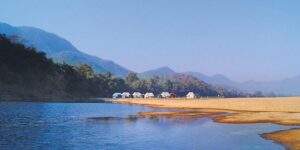 What are Platelet-Rich Plasma Injections and How These Work