Ukuleles are fun to play and spend time. Many people fond of guitars know about ukuleles whether they play them or not. Whether you want to buy your first ukulele or want to upgrade to a new one, there are hundreds of models available.

Every ukulele is different from each in terms of length, body shape, material, strings, and the sound it produces. You need to consider your requirements, budget, and the stage of learning or playing while you choose a ukulele.

Whether you are a beginner or a professional, this post will help you to know the types of ukuleles available, so that you can select an instrument that is most suitable to satisfy your requirements.

A soprano is the most common and smallest type of ukulele and suitable for children and people with little hands. As it is small, kids and comfortably hold it in their hands, whether they want to learn or play the ukulele. It is best for beginners who want to learn to play the ukulele. Moreover, they are less expensive than other types or ukuleles that are larger than a soprano.

The tenor ukuleles are bigger than soprano and concert ukuleles. It is gaining popularity among musicians due to its deeper and fuller sound. Users can fit a tenor with lower G-string and higher G-string. It produces a warm tone, and many users prefer it for the high bass.

However, they are a little more expensive than soprano and concert ukuleles. Most guitarists prefer a tenor as it is large to hold in hands and produce a more in-depth and bassy sound. However, if you are looking for an instrument for classical sound, then soprano or convert would be a better option.

A baritone ukulele looks like a standard guitar, and it has a size similar to that of an acoustic guitar. Baritone produces a darker and deeper sound than a soprano, convert, and tenor ukulele. It is tuned lower than other types, and its four strings are turned in the same way as the lower four strings of a guitar. Most guitarists who switch to ukulele prefer using a baritone due to its similar size to that of a guitar.

They retain some tones of a ukulele, but they do not sound as light as a soprano or concert ukulele. The chord shape and tuning is different from other ukuleles. It is not suitable for beginners but for those who have some experience with soprano, concert or a guitar.

An electric ukulele is like electric guitars and don’t produce much sound until you connect it to an amplifier.  They come with steel strings and magnetic pick-ups that produce a metallic sound. Their metallic sound, and the ability to amplify them, making them suitable for use in music events and concerts.

Bass ukuleles are a new addition to the family and are bigger than a baritone. Their sound can be heard only by using a pick-up that amplifies the sound to make it louder. Most of the bass ukuleles come with pre-fitted pick-ups. The tuning of bass ukuleles are the same as electric ukuleles, but they are shorter.

The banjo ukuleles are also known as banjoleles and are smaller than guitars. They have a banjo style body that produces a plunky banjo tone. Banjoleles are small, like other ukuleles and tuned in the same way but offer you a different experience while playing. If you want to play around something different than standard ukuleles, you should try playing a banjolele.

Guitarleles are the instruments that are tuned like a guitar. They have six strings and are used by guitarists who want the sound of a ukulele without learning it. Guitarleles are also a good option for the ukulele players who want to learn to play guitar.

These are some types of ukuleles that music lovers must know. If you are fond of guitars, you can find a ukulele for sale on the same stores that sell guitars. Every guitarist should try playing ukulele to feel the difference in the sounds of both instruments. Ukuleles are easy to learn for small children as they are smaller than guitars. Beginners usually prefer them as they want to learn on small instruments before learning the bigger guitars. 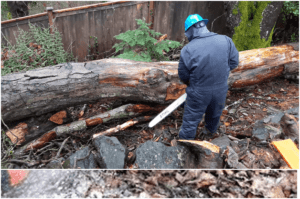 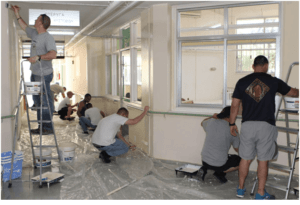 Next post Advantages of Hiring Professional Painters to Paint a House