These four adjectives define the programming language, PYTHON, all together.

A popular language in the developer community, Python, has built quite a following for itself. Its general purpose and high-level approach codes web applications, GUI applications, and websites like Netflix, Uber, Dropbox, etc.

Python solutions focus on the core functionality of the apps, along with other features.

Its simple syntax code makes it easily readable and manageable.

But these aren’t the only reasons why most of the software applications are Python-coded.

Why do developers prefer Python?

So, why are developers so obsessed with this programming language?

Is it because of the Python development tools that simplify the coding process for you?

Or is it because of its multiple programming paradigms?

Let’s review the top reasons why developers choose Python over any other programming language. Also, understand what makes Python development outsourcing a reliable and trustworthy concept.

It’s the code of a web application or a website that decides its quality and user-base in the market. The simpler it is to maintain and update a software solution, the more are your download numbers, and the better is the growth in the customer market. Unlike other programming languages, Python prizes on code readability more than anything else. Moreover, it allows developers to use English keywords instead of punctuations. Such features act as bold pointers in its pros list.

Python is a perfect language to build custom applications without requiring extra coding lines. Its readable and clean codebase assists developers and users with software updates and maintenance in a stipulated time.

Up and running on major operating systems:

Python supports all modern operations systems like Mac, Windows, Linux, etc. You can even download Python translators to run codes on platforms and tools, even the same ones without recompilation. If you’re changing the code, you can run it without recompiling it. Also, you can assess the changes made in the software with this new code. Such features make it easier for developers to change code lines within the allotted development time.

A standard library of functionality and modules:

One thing that amazes developers about Python is its robust library. This one feature scores Python more marks than any other programming language. Python libraries consist of modules and functionality that can fulfill your software action needs. Each module in the library improves the functionality of the software without writing extra code lines.

For instance, you’re designing a web app. You can implement specific features for this web app from the ones available in the module. That said, Python allows you to perform string operations, manage the OS interface, facilitate internet connection protocols, etc.

Developers can browse through various modules and choose the ones that suit their software solution needs.

Python is a general-purpose programming language. That means developers can code games, scientific applications, machine learning, and data science solutions for desktop and web using Python. Its features aid in data analysis and visualization, simplifying the development cycle for complex data solutions. Its integration with modern technologies like Artificial Intelligence, ML, and NLP acts like a cherry on a cake.

Python speeds up the development process, creating software apps directly from the prototype. Moreover, it allows developers to take up coding and testing simultaneously, thanks to its test-driven approach. That means you can review actions as you write the code. The testing environment in Python allows developers to evaluate if the source code meets the software requirements.

So, what is a Python development tool?

It is a utility that enhances a developer’s natural capabilities in Python when building a GUI or web application or a website.

Every developer needs some basic set of tools. Since developers spend the most time in the IDE handling multiple projects., Python development tools ease and simplify the process. Now, the tools you use depends on the project, system requirements, and features offered.

So, we’ve compiled a list of top tools employed by Python development companies.

A free and open-source web framework written in Python, Django possesses a template view pattern, enabling rapid development of secure and maintainable websites. This tool allows developers to focus on writing the code than any other task. It has a clean and pragmatic design, used for coding backend web applications and websites in Python.

With Django, you write software that is:

Coded in Python, it is employed by Data Science and Machine Learning enthusiasts. It finds its use in data mining and analysis. Scikit-Learn is known for its fast speed attributed to its Cython core algorithms. It also performs functions related to classification, regression, clustering, dimensionality reduction, model selection, and pre-processing.

Scikit-Learn is known for its robust library, bringing modern and innovative machine learning solutions to life. Its library is built upon Scientific Python or SciPy. So, developers need to install it before accessing Scikit-Learn. The stack includes other libraries like NumPy, Matplotlib, IPython, Sympy, and Pandas.

The tool is mainly focused on data modeling, assisting in other functions like loading, manipulating, and summarizing data. Software solutions like Mendeley, Evernote, Telecom Paris Tech, and AWeber are based on this library.

It is an open-source automated testing framework used to evaluate and validate web applications across various browsers and platforms. However, Selenium supports other programming languages like Java and C# along with Python.

What developers need to understand is that Selenium is not a single tool but a software suite. Therefore, each module caters to different Selenium QA testing needs of the web application or website. The list of tools included in the Selenium packages contains:

So, what is web scraping?

It involves data extraction from websites or web applications. Web scraping software access the WWW (World Wide Web) using HTTP or through a web browser and scrapes data from the given URL.

Coming back to Beautiful Soup., it is a Python library used for extracting data from HTML, XML, and other markup languages. The tool converts incoming documents to Unicode and outgoing documents to the UTF-8. This tool saves a lot of tedious work for developers and finds extensive usage in the community.

For suppose you find some data relevant to your research, but you cannot download it. So Beautiful Soup pulls that particular content from a webpage, removes the HTML markup, and saves it for you.

VirtualEnv creates a virtual setup for software testing and bug diagnostics that might result due to the environment. Using VirtualEnv, developers can test web applications or websites against bugs, performance, and usability.

Moreover, this tool allows you to work on a specific project without affecting other projects through its multiple side-by-side Python installations. That way, you can keep your projects isolated in a particular Python environment without installing separate copies of Python.

VirtualEnv doesn’t create every file required for a Python environment but links them to a global setup, thereby saving disk space and speeding up the testing process. For the same, developers must have an active python environment installed before downloading VirtualEnv modules.

This tool tests web apps for Android and iOS test automation. It provides external libraries, tools, and modules for automation testing. Its most famous library is the Selenium library used for web development and UI testing.

It is a perfect tool for software programmers and testers searching for automation testing tools to simplify the overall process.

BeeWare is a collection of tools and technologies that assist in developing native applications in Python. The suite available through this tool helps to write cross-platform native GUI Python applications.

Its top features include:

It provides a fully native user experience on every platform to a user. That means you won’t encounter any issues with build tools, environments, compatibility, etc. End users don’t have to worry about the programming language code of the Python development tool. It delivers a native appearance and native behavior in a native app.

There are several Python development tools present in the market. However, we’ve picked the best ones for different development requirements. Such tools assist Python development companies as well since it makes the process hassle-free and easy to handle. The idea of employing these tools is to make sure your software solutions deliver a consistent and engaging experience to the end-user.

Irrespective of whether you are a Data Scientist, a Software Engineer, or a Developer whose starting in the field, these Python development tools are some of the best ones available.

So, get your hands dirty with code and try implementing these tools into your development processes. 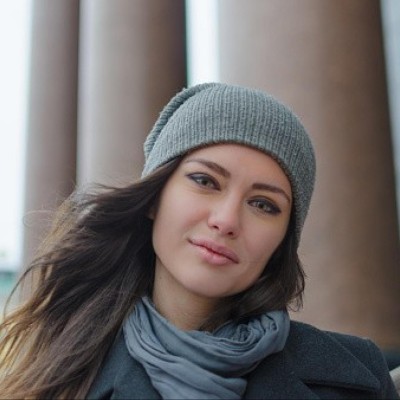