During his school years, France’s Thomas Vareliette was never interested in science lessons or math. School was something he had to do, and his real passion was watching Formula 1 and endurance sport racing, finding a love for building things. It wasn’t until he was a bit older when he realized that by paying attention to those classes, he could pursue his passions as a career.

After becoming an electrical engineer, Vareliette set his sights on the racing world, and when he got his first job with Signatech Nissan working on their LMP2 Racing car ORECA03, his life changed.

“Working on complex systems and experiencing the results of what you’ve done for the first time, it is amazing. There are no words that can truly describe the feeling of the day I built my first gearbox harness, programming the units and seeing that everything was working like it did on paper. Or when we managed to reverse a catastrophic season start into a successful ending. It launched my career in a big way,” says Vareliette.

As a Work Data Engineer with Signatech Nissan in 2012, Vareliette and his team had the mission to run the driver Jordan Tresson on an ORECA 03 LMP2 racing car in the 2012 World Endurance championship. Tresson was the 2012 Nissan GT Academy champion, which was set up by Nissan and Sony to detect potential talent via racing video games. As a cherry-on-top of the entire experience, Tresson is Vareliette’s cousin, adding an extra level of fun to the project.

“To have been able to actively contribute to such a project fills me with great pride, especially because a happy combination of circumstances made my cousin Jordan Tresson the driver of the vehicle I oversaw,” he says.

Vareliette had many key responsibilities for the entire cycle of the season. Before the races, he was tasked with preparing the car’s electrical systems, as well as providing driver and car statistical analysis to help determine what needed to be modified for the upcoming race to improve the performance. During the race weekend, he monitored the car over live telemetry systems and developed an automatic tool to extract, analyze and export driver and car data in real time, a software called “End of Lap”.

Analyzing the automatic report gave Vareliette a clear picture of the car and helped him to store the vehicle warning events and car parts mileage. This major implementation helped the team by improving the car reliability and driver performance, allowing them to make quicker decisions and improve throughout the season, and developed a synergy with the race engineer, mechanics, and drivers to steer the team forward. Signatech Nissan suffered at the beginning, but the situation changed after the race in Sao Paulo, and eventually they began climbing up the leaderboard.

“I’ve had a love of this sport since I’ve been able to use tools and understand the technology. Having the chance to start my racing experience on one of the biggest championships in the world and participate in the most prestigious race, the 24 Hours of Le Mans, was just a dream,” says Vareliette.

Vareliette’s outstanding success with Signatech Nissan set up his industry-leading career as an electrical harness designer and systems engineer. After concluding the 2012 season, he went on to work with ORECA and all of their customers for the 2013 season, and then moved onto SMP racing where they won the World Endurance Championship in the LMP2 Category in 2014, and finished third at Le Mans in 2016. He then moved onto Toyota Motorsport, where they won the World Rally Championship in 2018, the World Endurance Championship in 2018 and 2019, and won Le Mans in 2018 and 2019 in the LMP1 category.

Outside of racing, he has helped revolutionize the transportation industry with his major contributions to the Virgin Hyperloop vacuum train system. There is little to no doubt that he is an expert in his field and an absolute force in the world of engineering. For those looking to follow in his footsteps, he offers some wise words.

“Be curious of every detail you are working on. Be honest. Be responsible for your actions, decisions and most importantly, your mistakes. Understand all that you are doing and why, and that you will constantly be learning every day. That is what engineering is,” he advises. 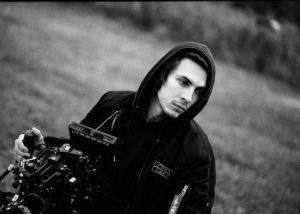 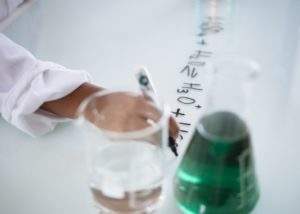 Next post Nine Healthcare Jobs to Consider Training In