Basketball is an amazing sport. It is filled with speedy, adrenaline pumping, high-octane action. The objective of the game is to score more points than your opponent while following the laws of the game.
The game has a very simple set of rules and regulations that each player must follow at all times. All the rules are pretty simple and once you play the game, you’ll automatically understand them. The tricky part is the regulations related to the basketball team uniforms. Some of them defy all logic and while some of them are there for better mobility and to keep the players safe. The most intriguing rule that I don’t understand no matter how hard I try, is the basketball jersey numbering rule. I simply don’t get it some things. Basketball jerseys throughout history have had numbers imprinted at the back to identify the players and keep tabs on a specific player’s statistics and fouls in a match and the numbering is necessary. (Basketball Jersey Numbers Rules)

Basketball leagues at all levels in the United States typically use singular or double digits. Now comes the weird part. The numbers that can be used are from zero to five (double zero is also allowed) ten to fifteen, twenty to twenty-five, thirty to thirty-five, forty to forty-five and fifty to fifty-five. The players cannot use the numbers six to nine, sixteen to nineteen, twenty-six to twenty-nine, thirty-six to thirty-nine, and forty-six to forty-nine. The National College Athletic Association (more commonly known as NCAA) and numerous other basketball governing bodies have enforced this number rule as it makes it easier for the referees and other officials communicate easily (referees use fingers to denote a player’s number to have a record of the scorer or the number of fouls a certain player has made and etc. Officially according to the rulebook, the number 0 to ninety-nine are allowed, but a gesturing number like sixteen, seventeen, eighteen, nineteen and etc. is very difficult. And because the game is running at such a fast pace the refs don’t have time to stop and take their time. I do get and it’s logical. Not using singular numbers such as six, seven, eight, and nine seemed weird to me at first because one can easily gesture them using two hands but then it clicked. How would one differentiate between the single-digit and the double digits? Let us say for example a six. Now the logical gesture for it would be a five in one hand and a one in the other, but so will be the gesture for fifty-one. Likewise, the gesture for seven would be the same as the gesture of fifty-two, eight would be like fifty-three, and nine would be like fifty-four. Another rule related to numbers is that only one player can have one number in a season. No two players of the same team can have the same numbers. This again is a rule that helps the referees and other match officials to regulate the game safely and keep accurate tabs on each and every player that steps foot on the court. So yes I do understand the whole not using the specific numbers part and each number being unique for every player part. This was a little tricky but you do get your head around it and think that it is okay to make the lives of the referees and the officials a little easy. These guys are already under so much stress and pressure that it would be wrong to not think about them when making the rules and guidelines of the game. (Basketball Jersey Numbers Rules) 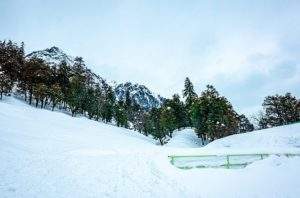 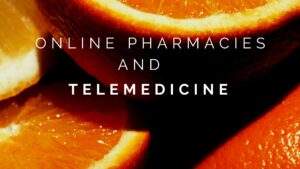