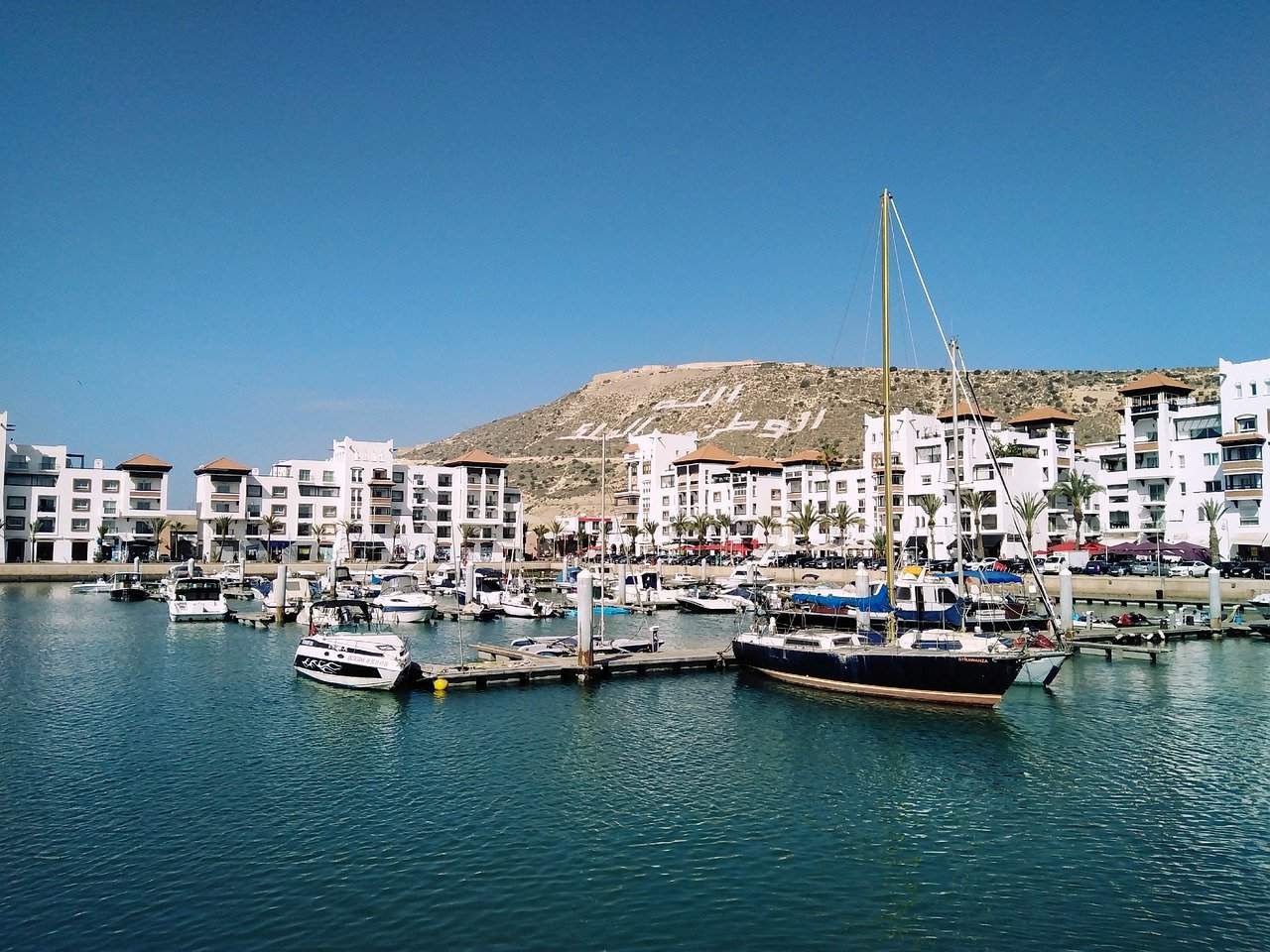 Time in Morocco is measured in glasses of fragrant mint tea. It is drunk in every city, at every age, and at every moment of the day and night. Without this ritual, neither checking into a hotel, or a treasure hunt in the bazaar, or a simple walk through the Old Town – the medina. And all because green tea with mint is a true elixir of vivacity for residents and visitors to this African country: it perfectly tones up in the morning, quenches thirst during the day, and calms and relaxes in the evening. And most importantly: peppermint tea Moroccan style is so delicious that it is able to win over to its side even convinced coffee drinkers.

If you want to sunbathe, swim in the ocean and remember how nice it is to do nothing, go to the beaches of Agadir, Taghazout, Essaouira and Mazagan. Want a more vivid experience? Then go to the secluded Atlantic coast of Legzira, where the red clay arches “walk”: romantics will appreciate the Martian landscape at sunset, and the unromantic discard the prefix “no”. With children, go to the Mediterranean coast: the beaches of fishing villages between Tangier and El Hoceima are buried in the green, and the sea is always warm and calm. Paradise resorts on Morocco’s “Cote d’Azur” – the giant tourist complex Mediterranée-Saïdia – provide the perfect infrastructure for a vacation at the highest level. Here, in addition to sunbathing and fun on the water rides, you can play golf, have a picnic in a shady park and go to sea on a yacht.

Legzira’s stunning scarlet Elephant Arch collapsed on September 23, 2016. The second, wide arch in the background, has been spared by the waves and wind for now.

Don’t miss: Where to go to sea without a visa

To ride the wave.

“No watch, no news, no shoes” is the unspoken motto of the surf camp off the Western Sahara. The locals call the coast and especially Foum Labouir beach the “Moroccan Hawaii”. For beginners, there’s also a place to learn how to use a board: Aarich and Pointe d’Or are ideal for honing your skills. You can spend the night in a camp apartment or hostel next to the sand dunes.

There’s a lot to see in the turquoise Dakhla Bay at the mouth of the Rio de Oro River in the south of the country! And we don’t mean tourists from all over the world. Thousands of migratory birds, including pink flamingos, nest here and are home to most of the, alas, endangered monk seals. Check out Punta Sarga on the southern shore of the peninsula for giant stingrays and humpback dolphins, or hike at low tide to Dragon Island, home to some strange clams. National Geographic is live and for select viewers only!

Read also: Where to see pandas, koalas, and other mimes

Overnight in the desert.

Right from the airport, as well as from Dakhla by SUV or from Rissani by camel ride in Morocco , start a safari through the mysterious Sahara! This means you can tick a lot of boxes to brag about for a long time to come:

And Game of Thrones was also filmed in Morocco. Skyscanner followed the footsteps of the Mother of Dragons and wrote about all the filming locations.

A taste of African wine

They say wine can tell you more about Africa than a safari. You can argue, but it’s better to try it first! For a tasting, head to the outskirts of Meknes – to Les Celliers de Meknes winery or to the cellars of Volubilia – Domaine de la Zouina. Savor and praise is not forbidden.

Still on topic: 10 countries where you can go in autumn for the best wine in the world

Catch a marlin for dinner

Prestigious in the circle of fishermen and gourmands, the weighty eagle-eyed humpback marlin in the generous lagoon of Rio de Oro can be caught while standing knee-deep in water. And for white marlin and dorado, you have to go boat fishing, for example, from Casablanca or any fishing village in the west of the kingdom.

Get in touch with modern art

Morocco is the Mecca of contemporary art can not be called that immediately – the more curious to look at this country from the art center. Moroccan artists, sculptors, photographers and media art from around the world share their brightest and most controversial ideas at the David Bloch Gallery in Marrakech and L’Atelier 21 in Casablanca.

Relax in a hammam

There are hammams in almost every hotel in Morocco, but in such a “tourist steam room” you will sweat under the watchful eye of the bath attendants. They usually try to make it look like you’re in a European spa, which is reflected in the price. For an authentic experience – only go to the public baths like Dar el-Bacha on Rue Fatima Zohra, building 20, or Bab Doukkala in a historic building of the XVII century on the same street in Marrakech. The Moroccans themselves go there with pleasure, the entrance and massage are 10 times cheaper, the schedule for men and women is different, and all the bath accessories must be brought with you.

The labyrinths of the town of Chefchaouen in the foothills of the Rif Mountains originated in the 15th century as protection against the Portuguese. For the Sephardic Jews who used to live there, blue symbolized the sea, the sky and the Throne of Glory of the Most High. The natives are no longer in the city, the militancy of Portugal is in the past, but the tradition of painting houses and streets in all shades of blue remains. You can only be happy about that, especially since beauty in this case goes hand in hand with use: this color deters pesky insects. We suggest climbing the hills next door and photographing indigo-Shefshauen from above. This venture has the added bonus of meeting pastoral goats and Moroccan shepherds wearing hats with colored pompoms.

The cuisine of Morocco has absorbed the cream of the Arab, Spanish, French, English and German culinary traditions. Moroccan cuisine is best introduced in the ancient medina of Rabat or Marrakech with a live Andalusian music. Most restaurants will offer a set of several dishes with the addition of tahina, a favorite of Moroccans sesame paste. The menu will certainly include harira – thick spicy soup with meat broth with chickpeas and spices (it’s like borshch: everyone has his own unique cooking secret), tajine – stew of lamb with olives and prunes and couscous, which is usually eaten with hands. Couscous comes with cherries, chicken, fish – you can’t count all the flavors, but you can try at least a few. And leave room for marshmallows! This layered pigeon pie with lemon juice, nuts, powdered sugar and cinnamon is already a good reason to go to Fez, where it was invented.

Get lost in the thousands of streets of the two medinas

Beautiful Fez greedily and carefully preserved two medinas at once. In the first, the Old City of the ancient Moroccan capital, Fez el Jdida, you will marvel at the grandeur of the Royal Palace and refresh yourself in the gardens of Boujeloud. And the second lurks in what is perhaps the world’s most intricate medina. Someone meticulous calculated that in Fes el Bali huddle 14 gates, 6,000 streets, 200 mosques and 180 hammams. And no two doors are alike: each one tells a tale of its owner from the threshold. If you do get lost, the locals will gladly and frustratingly quickly lead you out of the web of ancient streets – hang on to your sleeve!

Find souvenirs in the bazaar

You can’t just come back from Morocco empty-handed. And to bring back something worthwhile, direct your magic carpet to the artisan bazaars. At the Semmarine in Marrakech, you’ll find everything from brassware to babouches (soft, variegated shoes with no backs) and jellabas (long Berber robes with hoods) and you’ll taste delicious sweets along the way. For spices, head to the old Jewish quarter – “mellahs” and the largest population of Moroccan carpets, hides and leather goods can be found in the shops by Rahba-Kedima Square in the morning. Look for the real treasures of the kingdom in the jewelry market at Bab Smarin Gate in Fez. In Casablanca you can see how closely national traditions are intertwined with trendy trends in Morocco‘s major cities. Once in the economic capital of Morocco, in a couple of hours you can easily buy a wrought iron lamp on Tahar el-Alaoui Boulevard (the master will make it right in front of you), and a pret-a-porter suit by a global brand – in the luxury districts of Gautier and Maarif or Anfa Boulevard. 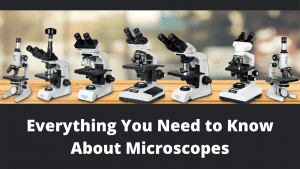 Previous post Everything You Need to Know About Microscopes 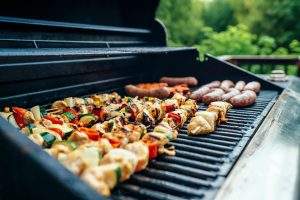 Next post 7 Common Mistakes To Avoid For A Healthy Dinner