In spite of having been around for almost 15 years, DOT NET remains a popular and extensively used software development framework. It has grown since Microsoft introduced it in 2002 and is gaining popularity. This post will discuss what DOT NET is, why its popularity has risen in recent years, and what skills you should look for when you hire DOT NET developers.

What is the DOT NET acronym?

Why has DOT NET gained such traction in recent years?

DOT NET is a widely used framework that is expected to remain so for the foreseeable future. The following are some significant advancements that have led to DOT NET’s increasing popularity in recent years.

Websites and apps developed using DOT NET are often quicker. It is because DOT NET programs are compiled rather than interpreted. Compiled code refers to the process of converting source code to object code and then executing it. It is often quicker than interpreted code (as used in PHP), as the translated code must first be read before the developer can execute it.

Increased code control DOT NET takes advantage of Object Oriented languages such as VB DOT NET, C++, and C #. The major benefit of object-oriented programming languages is that their code is more detailed. Additionally, it lends itself to easier testing and reuse.

Microsoft has always strived to offer developers the tools necessary to create cutting-edge apps, regardless of the application type or technology stack. DOT NET now supports a broad range of applications. From cross-platform responsive web applications and 3D games to business applications and cloud-based applications, we’ve got you covered.

What competencies should a DOT NET developer possess?

A DOT NET developer is someone who mostly builds text-based programs that operate on a variety of DOT NET-based apps. Additionally, she creates the policy and procedure papers necessary to run the apps. The following are some of the critical abilities that each competent DOT NET developer must possess:

For building DOT NET apps, C # is one of the most frequently used and supported languages. Overload, override, abstraction, and encapsulation are all important ideas in Object-Oriented programming. It’s essential to understand LINQ, async features, and object-oriented programming concepts. Additionally, extensive expertise in Microsoft’s Visual Studio, the development environment for C #, is required.

Familiarity with the DOT NET framework

DOT NET Core is a modular, open-source framework that has risen to prominence in recent years. DOT NET Core runs on various platforms and architectures, allowing developers to create apps that operate on Linux, iOS, and Windows and diverse architectures such as ARM and x86. As a result, it’s an excellent choice for developing desktop apps. Given DOT NET Core’s rising popularity and future potential, this is a necessary skill for any competent DOT NET developer.

Thus, it is a well-established and self-evident truth that data dominates the technological world. As a result, possessing superior SQL abilities can quickly earn you a job. Regardless of whether the developer focuses on Microsoft SQL Server or MYSQL, the ability to construct and maintain a database is required. When a developer is skilled at data and data science, demand grows, and the likelihood of landing a fantastic job as a DOT NET developer at a great business improves.

A developer must be skilled at creating highly interactive, visually appealing, and unique web applications. It increases their market value and also benefits them in a variety of other ways. Indeed, this adds another quality dimension to the developer’s portfolio, and the more, the better. The Robert Half Technology Guide states that client-side web development technologies are the most in-demand talents, adding around 6% to the initial pay package. Recent additions to this list of client-side web development technologies include CSS, HTML, jQuery, JavaScript, and Bootstrap. When DOT NET engineers excel in these areas, it enhances their competence.

The power of the DOT NET is in its capacity to adapt over time. That is why it remains a useful foundation to this day. Staying current with DOT NET developments is an important quality to look for before hiring DOT NET developers. It would help if you continually guaranteed that they are engaged and willing to study.

While it is not required, a sophisticated Microsoft Certification demonstrates that the DOT NET developer truly understands the framework from the ground up. With all other factors equal, a candidate who holds a certification such as Microsoft Certified Solutions Developer (MCSD) or Microsoft Most Valuable Professional (MVP) will always have an edge. Additionally, Microsoft develops and maintains the certification, which the developer must renew every two years. It keeps the developer informed of any changes to the DOT NET framework.

When you hire a .NET developer, it is necessary to verify that the developer possesses the abilities described in this article. They should have a firm grasp of C # and the DOT NET Framework and understand more recent advancements such as MVC and DOT NET Core. Additionally, you may outsource your software development to a reputable firm with competent DOT NET experts. 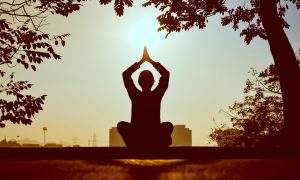 Previous post How Can Yoga Assist You to Recover Sleep? 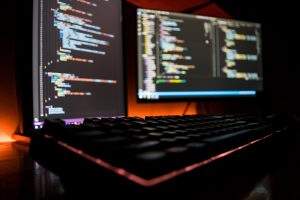 Next post Top 2021 CRM Software Tools For Your Business Growth