When Katrina Olsen set out on the life changing path of becoming a filmmaker, she had a dream to bring work to audiences around the world, but did not initially know where she fit into the vast world of the popular artform. The more exposure she had to sets and productions, the more she began to realize she had a passion in helping bring an idea to life, in organizing the elements to bring a script to the screen. She always enjoyed the practical aspects of Production Coordinator and Manager roles, but as work continued, she found she had a creative eye and keen understanding of bigger picture elements. She never set out to become a Producer, but now, as a leader in her industry in Australia, she knows she is doing exactly what she was meant to.

Born and raised in Australia, Olsen’s career truly began when she moved to Toronto in 2011 and started in television, primarily reality live studio production. As her resume began to grow, her work migrated to commercials, as she enjoyed the turnover and fast paced nature of the work. Now, she has extensive experience with experiential commercials, with a strength in producing projects with intense logistical elements and moving parts.

Olsen has been a part of several award-winning commercial campaigns for major brands, including three Superbowl commercials for Bud Light, the emotional Teleflora ad “Ryan’s Unforgettable Mother’s Day” and the celebrated “WestJet Christmas Miracle: Real-time Giving” which was viewed in every country around the world and a recipient of two Cannes Lions, one of advertising’s most prestigious honors.

“Working with Katrina was very much like having a second set of eyes, hands and the latter half of your thoughts completed for you. She is all over production needs before they become issues and is very detail oriented. Katrina cares about her crew, is conscious of budgets and runs a tight set. Her balance of ambition and compassion make her uniquely qualified to adapt to various production environments. Her desire to thrive and be better shines through to all that she works with, and she has a ‘never fail’ attitude, with the experience and knowledge to back it up,” said Executive Producer Kegan Sant, who worked with Olsen on the Bud Light and WestJet commercials.

A highlight for Olsen was working on a once-in-a-lifetime commercial for G. H. Mumm & Cie. Situated in Reims in northern France, it is one of the largest champagne producers and is currently ranked 4th globally based on the number of bottles sold in 2015. The commercial, titled “Mumm’s Daring Delivery” had the trademark product taken to new heights during the world’s first champagne delivery by skydiving during the 2016 Melbourne Cup Carnival.

The exciting commercial was one of many successful campaigns executed during her time as Senior Producer at Sixty-four films. With such an ambitious idea of doing a live delivery on race day to the Melbourne Cup Carnival via the racetrack in line with G.H Mumm’s ‘Daring Deliveries’, Olsen’s background and expertise in experiential filming made her the perfect lead on the project. Through her work on so many diverse campaigns, she developed a strong ability to multitask and problem solve around moving elements, while keeping a calm perspective on situations that were constantly shifting. Her ability to produce these scenarios was bolstered by her expertise in logistical management which is second to none.

“For experiential shoots, once the ball starts rolling there’s no stopping it, and you are then dealing with the variables of peoples’ emotions and following where their reactions lead, but in this instance we were dealing with the physical variables that come into play with a stunt like skydiving, such as the wind direction or the descent time. At a certain point these elements are ultimately outside of your control, once the stunt has been executed and is playing out you then need to adapt accordingly as things shift,” said Olsen. “This is a genre I thoroughly enjoy, and it was a great experience to revisit the medium. Although there is an element of setup within these formats ultimately you don’t get a second chance to capture the genuine in-the-moment reactions and so the payoff for when you truly capture them and have that success is a fantastic feeling.”

Successfully capturing a skydiver jumping from a plane and landing on the track of the Melbourne Cup Carnival with a bottle of champagne was no easy feat, with a plethora of opportunities for the smallest slip up to derail such a high budget and anticipated shoot. Olsen was the ideal leader to take on this ambitious shoot and make it such a success for both her team and Mumm.

“This project experienced a number of success milestones, from initially knowing we had captured the landing, to then turning the edit around in record time to go to press, then as the stunt made headlines on news channels and in papers the following day we knew the campaign had kicked a goal. When you put a lot of planning into an execution it’s great to see it come together so successfully, and the coverage and media attention G.H. Mumm received as a result of the campaign was a great nod to the fact that all of that planning paid off,” she concluded. 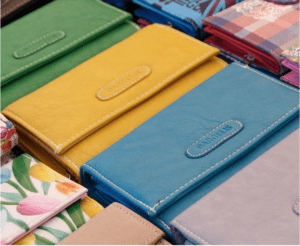