Qiao Wang has always been interested in technology and art. The combination of the two has long been a passion for this Chinese native, as he grew up watching animation and visual effects develop at a rapid pace. This interest is still strong today, and he is now an internationally in-demand Technical Animator (Character TD).

“Compared to other roles in a CG animated film, video game, or a visual effects driven film, a Technical Animator/Character Technical Director (Character TD) tends to be both artistic and technical, and most of the time requires more technical knowledge and skill sets than other roles. Since I was trained in both art and science, I thought those two roles would be a great fit for my career path,” he says.

In his role, Wang is responsible for putting together character technologies such as character rigs, hair and cloth dynamics and simulation in video game engines. His job is to bring characters to life, and to solve any technological issues related to technical art/animation production. He is also responsible for the design and development workflow, tools, and pipeline.

Hundreds of millions of people around the world have seen Wang’s work. He is known for his contributions to films like Godzilla: King of the Monsters, Avengers: Infinity War, and Ralph Breaks the Internet, a combined worldwide box office revenue of almost USD$3 billion. His work has also been vital to music videos for mega stars like Justin Timberlake and Camila Cabello, and to hit video games like Fallout 76 and the highly anticipated Star Wars Jedi: Fallen Order, the last of which he calls the highlight of his extraordinary career.

“I have the opportunity to make the characters able to move and perform, to make them come alive instead of being simply a still model. I enjoy troubleshooting and solving character technology problems to build and improve the character’s performance. I think characters and performance are what moving pictures is all about. I’m really proud of the process. Building the characters you admire, and eventually seeing them on the big screen, is an amazing process to be a part of,” says Wang.

Wang began his filmmaking career in the visual effects industry, and eventually joined a different field of the computer graphics industry working on AAA video games. Both fields are very similar, but when working on video games, everything is in “real-time”, such as real-time physically based simulation for cloth and hair, and real-time animation blends. Although he loves working on movies, working on video games provides a fun challenge for him.

“I really enjoyed working on feature animated films and visual effects movies with extremely high visual quality, as well as beautiful CG character animation and performance. To me, AAA video games is essentially the same, even though it hasn’t reached the level of feature film yet because of the limitation of real-time requirements, but I believe they’ve got huge potential, and my background in high-end VFX could really help me to contribute to the video games industry. I believe that one day, AAA video games will be just as good as the films visually, plus with awesome gameplay, this type of entertainment will really make a huge difference to our playing qualities,” he says.

Wang is currently working on many new endeavors, including the horror sci-fi The New Mutants and other projects at Method Studios where he works. He is very ambitious, and in the near future plans on creating better technology and more efficient tools to enhance the workflow and pipeline of his role, helping to improve characters’ body and facial performances. This extends to animation performances for potential upcoming AAA video games, and for the whole VFX and video game industry, and one day will make the games visually look just as good as feature films. He believes having such big dreams is important for continued success in his field, as he advises anyone looking to follow in his footsteps.

“Find a direction that you enjoy the most and fits your skill sets, then work hard. This type of job requires huge amounts of commitment and hard work. The learning curve is quite steep, and a lot of people never get past this phase, they quit, so don’t give up and do a lot of work and do the little jobs well until you get an opportunity to use all the skills. Try to draw and code a lot. Try to equip yourself with both art and science skill sets. Learning to collaborate with others is also very important because filmmaking is a team effort, and it takes dedication, a lot of time and many people’s efforts to create a masterpiece,” he advises. 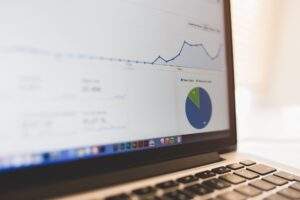 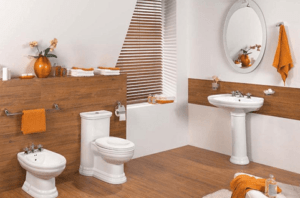