When Justin Ivan Hong was growing up in Singapore, filmmaking was never something he imagined himself doing. The entertainment industry in his home country is not big, and it was never presented to a young Hong as a viable career option, despite having an interest in the arts from a young age. It wasn’t until he took a course where his eyes were opened, realizing film was the perfect way to pursue all of his passions. The more projects he took on, the more he realized he was doing what he was meant to do, and he has never looked back.

Now, as a distinguished cinematographer, Hong lives and breathes filmmaking. His work on the third and fourth season of the AMC talk show Bottomless Brunch at Colman’s brought new life to the show, with the fourth season currently streaming online, and his creative contributions to celebrated films like StarKid Production’s Black Friday exemplify Hong’s distinctive eye behind the camera lens.

“There’s something inherently satisfying about creating. This could come in many different forms for many different people. I feel quite fortunate to have discovered this path. In filmmaking and cinematography, there’s an intersection of technical and artistic skills that few other endeavors can provide. The challenge of using technical tools to achieve creative goals is one that is constantly interesting and engaging to me. Also, storytelling is a practice that is almost as old as human history. It is so great to be able to contribute and continue this practice in a modern form that other people can watch, learn and enjoy,” he said.

One of Hong’s most heartfelt films was A State of Self, a story which he came up with many years before putting it to paper and creating the film. A State of Self is a drama that looks at and questions the idea and rhetoric of what it really means to be oneself. Stacey, a young and self-conscious lady, sets off on an endeavor to better herself. In her journey, she takes the advice that’s coming at her from every direction, eventually realizing that she has become everyone’s idea of what she should be, instead of who she might really be.

“It all started with this common advice and phrase that I would constantly hear dispensed – ‘Just be yourself’. On its surface, it sounds like perfectly fine and sound advice. But when I started to think a bit deeper on it, I couldn’t quite understand what it was exactly trying to say or convey. And so the seed concept of this film started with me asking, what does it really mean to ‘be yourself’? From there, I started branching out and mapping out a much larger existential question about how our culture operates, and how an individual navigates the opposing and dissonant messaging that the world bombards them with,” he described.

Hong was the leader of the project, and used his extensive knowledge and experience in cinematography to create an immersive visual experience. His passion behind the story was evident with his work. Doing the research on the story forced him to rethink his own position on this topic; it made him stop and reflect on how he personally operated in his own life and how he could handle certain comments that came his way.

“Writing and directing a project in and of itself is a challenging endeavor. But the results are ultimately very satisfying. I enjoyed the collaboration with the other creative parts of the project – makeup, wardrobe, production design etc. It is very satisfying to lead a team toward a creative goal and to work with other like-minded individuals who are experts in their respective fields,” said Hong. “To me filmmaking is not just a creative process. It is also a highly personal journey. Hearing all the differing and varied opinions helped me to see and understand the world just that little bit more.”

A State of Self premiered in 2019 and immediately saw great success at many prestigious international film festivals. Hong was given an Honorable Mention for Best Director and Narrative Film at the Los Angeles Film Awards, where the film also took home the award for Best Cinematography. At the Hollywood North Film Awards it won Lead Female Best Performance, and at the Los Angeles Independent Film Awards, Hong won Best Director. After its festival run, the film was available to stream on Amazon Prime Video. Hong is immensely proud of what he achieved from a project he conceived.

“Having a successful film simply makes me want to do more. It motivates and spurs me on to see what I can do next; how I can challenge myself and the audience. It also makes me want to examine myself more closely and clearly figure out my stance on certain topics, so that my artistic voice can constantly reflect an authentic point of view,” he concluded. “I’m really thankful for the opportunity to engage in it and I hope that I can continue creating stories that not only have personal meaning to me, but also find an audience that it can resonate with.” 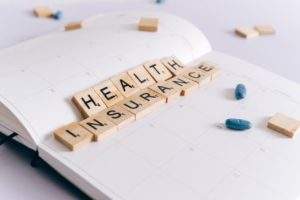 Previous post Term Insurance Calculator: Why Should You Use It? 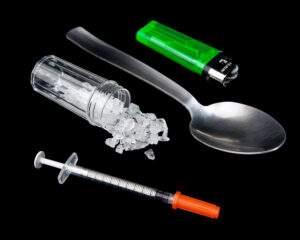 Next post How Long Does CBD Oil Stay In Your System?