Bruno Lasevicius, a famed Brazilian film editor, says his inspiration came from his father. From an early age, he would watch his dad, who is also an editor, work with video and animation, stroking his own curiosity. Through editing, he found a way to express himself. It’s more than putting a movie together, it is shaping a story.

“The poetic implication of juxtaposition creates this vast space that’s just waiting to be filled with impressions and meaning,” he says.

Lasevicius’ style of editing is dialectic and intuitive. It starts with breaking down the story into pieces, studying them in-depth, and then assembling them back together with thoughtfulness and creativity. He is known for crafting challenging narratives with nuance and awareness, evident with his work on Abe, which premiered at the Sundance Film Festival, The Edge of Democracy, which was nominated for Best Documentary at the 2020 Academy Awards, and so many more.

One of Lasevicius’ most recent successes is the Brazilian television series Jailers. A large project from Globo, a media giant in Brazil, it spanned between 2 seasons of a fictional series, a feature film, and a documentary. Jailers was adapted from real-life stories that were published in a book by doctor Drauzio Varella, who wrote many books based on his long and dedicated experience in several Brazilian prisons as a doctor. The show told the story of Adriano, a correctional officer in charge of locking and controlling all access to the jail cells. A respectable man who is averse to violence, his words are his greatest weapon. They are used to ensure a minimum of tranquility in the workplace, while dilemmas at home take on unexpected proportions, even for someone who is used to dealing with high-stress situations. In addition to the risks he faces at the prison, Adriano must still find a way to deal with pressure from his wife, who wants to have a baby, as well as his teenage daughter and his former-jailer father. Tested daily with ethical and moral dilemmas, he lives between walls and prison bars, weapons, threats, and conflicts – both human and, especially, psychological.

“These are people whose primary job is to support a fragile sort of peace in a violence-packed universe. That was my main goal, to find the human within the situations and really understand what was at stake,” says Lasevicius.

Lasevicius was the lead editor, editing 10 episodes from the first season and three episodes of the second. He spent years diving into the subject material, something he found very interesting. Taking on that first season, a whole universe had to be established, from characters to places and prisons. By mixing newsreel clips and documentary bits with fiction, he was able to show many different aspects of the underlying tension. He says the real-life footage proved very effective to expand the aesthetics of the series, at times complementing with images so brutal that fiction could never create. Because he was editing many episodes, he took the responsibility of splitting B roll footage between them, in order to create the perceived space and aesthetics of a prison. That meant that over the course of the show, he established shots of different areas that would appear, and he was in charge of making that a balanced and cohesive construction.

“Jailers was a bold project at the time, fictionalizing a subject that Globo, one of the biggest media outlets in Brazil, had been trying to cover with more depth, but analyzing it from the guard’s perspective. The research was beyond impressive because having access to most of the news reports of the past decades was a bit overwhelming but very interesting. Brazil’s records on institutionalized violence are a horror story on its own, but focusing on the human aspect of the jails and the system set in place to keep them running was a very dense dive for me,” Lasevicius describes.

The Jailers project was initially a television series but later expanded into a theatrical release of a documentary film and feature film, which Lasevicius also edited. The work here was to use doc footage inside the series at first, then he edited the documentary after that first season. From there, the feature film was shot right after the second season. By doing all of them, he was able to maintain the consistency that’s important for a show that gets turned into film. Lasevicius had to be very versatile to account for each medium and balance the elements proportionally.

The pilot of the show premiered at Cannes at the MIPDrama Screenings in 2017, taking home the Jury award. It was distributed by Globo network television, its affiliates, and streaming service Globoplay, and also licensed by Amazon Prime. The documentary Jailed earned Lasevicius a nomination for the Abc Awards in 2022. He is honored to have been such a large contributing factor to this success.

“I believe a lot of the success of Jailers came from the careful portrayal of real-life subject matter, and I feel honored to have been a key part of telling their story. The true prison guards that we interviewed and consulted for the script are very grateful for the series, as it has shed light on their struggle and shortened the distance between the world inside and outside the prison bars,” he concludes. 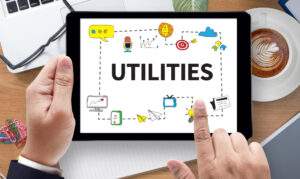 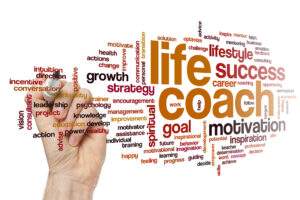 Next post How to Pick a Life Coach: Everything You Need to Know