With over twenty years of experience in media and producing, celebrated Producer Annick Jaëgy spends every day doing what she loves the most. There was never that eureka moment where she instantly decided to make her way into the film industry; instead, for the European native, it felt more like a path of destiny, leading her to the esteemed position she holds today.

“Like many of us, the profession of producer was imposed to me by chance, a series of encounters and circumstances. Cinema has always had a big place in my life,” she said. “Little by little, I realized that I was much happier and more successful in providing artistic and financial support to creators than in producing personal work. Then the cinema crossed my path again and the production of films proved to be in perfect logic and continuity of my work in the media.”

Annick runs her own production company, Eclectic Odyssey Productions, based in Los Angeles where she creates many different content formats. Her resume is extensive, filled with award-winning films such as Mackenzie and Dollar King, as well as fan-favorite movies Stone Cold Christmas and Stressed to Death.

Annick’s most recent success is the feature Senior Love Triangle. Based on a famous Isadora Kosofsky photo series done for Time Magazine “Senior Love Triangle”, the heartfelt drama tells the story of a charming but delusional 84-year old WWII veteran, who forms relationships with two elderly women and goes on a crusade to save them from the isolation of their retirement homes in East Hollywood.

“You don’t see this subject matter about senior citizens tackled very often. It explores the perspective of aging. The story is touching, some of the aspects are tragic, but it is also very romantic. There is sensitivity, humanity. It is an amazing story that Isadora Kosofsky and Kelly Blatz wrote. The three characters are greatly shaped, each one unique in their own way. I was seduced by the story,” she said.

As Line Producer for the film, Annick had a pivotal role in making the film the success it has become. She came onto the project when filming had already begun. Production was at a critical point and about to collapse. There were many challenges and issues on set and there was clearly the need to take over the line producing aspect of the film, and Annick took the reigns, cleaning up, overhauling the production aspects, crew, managing the budget and costs, and the day to day physical aspects of the film, dealing with the unexpected and finding creative solutions. She made sure that the film was done safely, creatively, on budget and on time.

“We were a bit in a production mess and Annick came and cleaned everything up and saved us. Our production ran smoothly thanks to her. I don’t think we would have been able to finish our production in a timely manner if we did not have Annick’s skills and knowledge,” said Director Kelly Blatz.

Distributed by Dow Jazz Films, Senior Love Triangle was an Official Selection at seven prestigious international film festivals over the last year. On top of this, it has taken home many awards, including Best Feature Film of the Fest at the San Francisco Another Hole in the Head Genre Film Festival, Best Drama, Best Writing, and Best Actress at the Breckenridge Festival of Film, Best Comedy Feature at the Burbank International Film Festival, and Best Feature Film at the Syracuse International Film Festival. For Annick, knowing the film was in danger of not finishing before she came on board, these accolades feel that much more rewarding.

“To see my hard work unfold in front my eyes when I was looking at the monitor watching the scenes while on set. These short moments made me think that when you are passionate about

narrative visual storytelling, never give up. The road is bumpy and sinuous. It’s hard, don’t get me wrong. But there is nothing more magical than to see months, years of work unfold in front of your eyes while you’re on set,” she said.

Senior Love Triangle is available on iTunes and Amazon. Be sure to check it out for a unique story that will keep you entertained from start to finish.

Keep an eye out for Annick’s upcoming projects, including the feature documentary directed by award-winning filmmaker Isadora KosofskyOne Day, I Will Be Happy Too, the movie The Last Kumite that brought Annick to Thailand for shooting last year, and two documentary features with Angry Monkey Entertainment. 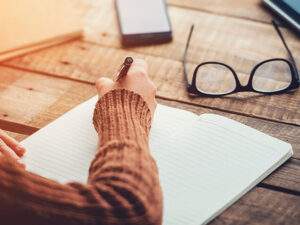 Previous post Is There Anyone To Write My Paper With His Best Skills? 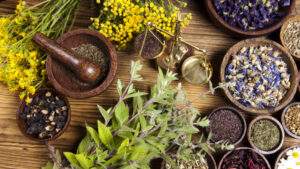