Delhi is the National Capital of the country and many tourists from India and around the world visit this place all the year around. The state contains some of oldest and significant historical buildings including complexes where the administrative functions of the country happen. There are several nature parks and monuments that are not known about Delhi. Here are the 5 Top Tourist Attractions In Delhi that you can read about. The Palace on Wheels train week long luxury train embarking point is at Safdarjung Railway Station in Delhi, India. 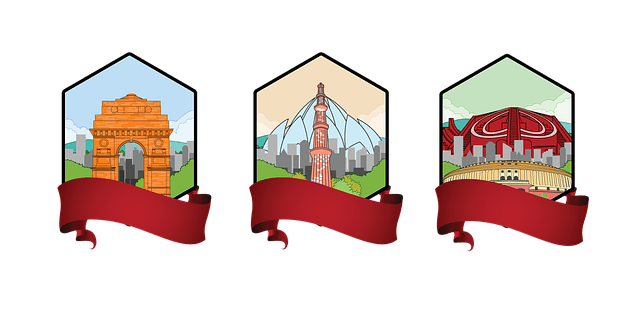 This is a very popular tourist spot with a high archway known as India Gate. During daytime it looks like a towering structure but at night time it is visible as floodlights shine over the archway. There is a children’s park close by and flowering gardens across the boulevard that gives it a splendid view and makes this an ideal place for a cool evening walk. This was built as a war memorial to commemorate the brave soldiers who fought till death the British during World War – I.

This is another famous, ancient, and interesting tourist attraction in Delhi. It depicts the ancient Islamic architectural style and displays religious verses engraved on the structure. Some believe it was to mark beginning of Mughal rule in India although the purpose of the construction is not cited. The architectural marvel built in early 1200s consists of five levels and various carvings from the top to the bottom of the structure. There are other on-site historical structures in this place.

Humayun was the next ruler of the Mughal Dynasty and was part of the inspiration of Taj Mahal in Agra. Set amidst great greenery and gardens the tomb of the Mughal ruler is inside the extensive complex that dates back to 1570. His beloved Persian wife commissioned this tomb and called in an architect from Persia to design the structure. It is believed Bega Begum personally supervised the construction. However, you can spot Turkish and Indian amalgamation of architectural styles in this UNESCO World Heritage Site.

This is another amazing tourist attraction which is also called Bahai Temple. The specialty of this is it is in the shape of the Lotus Flower. People from all religious backgrounds who are spiritual seekers come here as it is for the Bahai Faith – those who believe in the unity of religions, god and mankind. The white marble covering gives a great look in the daytime. The 27 petals are best viewed at night when illuminated also. There are classes organized for those who would like to learn about this faith. The flower shaped temple is also in the Guinness World Records and Encyclopedia Britannica records.

This is a vast green park with lush lawns where you can find several morning walkers, and others practicing yoga. This is one of the quietest serene and green places in Delhi. A walk around here gives a relaxed feel as you breathe in the open greenery site. These gardens were done by British nearby the tombs of the rulers from the fifteenth and sixteenth centuries. There is a lot of natural beauty to witness in this garden that was first called ‘Lady Wellington Park’ this is presently maintained by the Archaeological Survey of India.

So with these top 5 tourists attraction in Delhi you can Know about the history of India, if You want to explore about other famous India historical  destination to explore then you must go with some best and unique India tour Packages.