Are you looking for some ways to migrate your existing application to React Native? Or you want to add React Native to your current native project? To help you out with this, I have created an in-detailed guide discussing some powerful reasons why you should migrate your project to React Native and what business benefit it brings along that saves your development time and cost.

This blog will help you to understand how implementing React Native development services can lead to better and economic product development in a faster way.

With multiple programming languages and platforms available in the market, app coding has become a bit complicated. Software developers need to hold expertise in various frameworks and languages to get more outreach. Developers are finding it hard to get a hold of multiple languages simultaneously since it invests a good amount of time and adequate practice which they lack.

The answer is simple – React Native. It helps developers to resolve the coding complexity by sharing the same code to give a native-like experience.

This open-source platform was developed to give a one-stop solution by leveraging the cross-platform app to deploy on major platforms like Android and iOS. Since its introduction, it has gained immense popularity due to its extravagant features and is acclaimed as the best platform for native app development.

Considering today’s competitive market, if you’re looking to build a robust solution on both the OS within a set budget, React Native is the best platform to build your app.

Why migrate off to React Native?

React Native offers abundant benefits along with an intuitive interface and native-like experience. Below are some of the circumstances in which migrating to React Native will be beneficial.

Does this cross-platform app development help in cost reduction?

Yes! It helps in reducing development costs by 50%.

These Leading Companies Have Migrated from Native to React Native, Have you?

Conclusion: Is Migrating to React Native the right choice?

Let’s clear this ambiguity with the below points:

Is it worth migrating?

The companies who have migrated have witnessed increased productivity and quick turn-around time to the market. So, if your end goals are clear, migration can prove to be a great idea in long run.

What time is suitable for migration?

Though a fully-functional app can prove to be hard to migrate to React Native, however, you can still migrate the app at any stage of app development.

How much app functionality one should migrate?

One must keep in mind that more migration will lead to more codes. So it’s essential to understand which part needs to be migrated and what is the complexity level. An experienced React native development company can guide you better to avoid unnecessary costs and efforts.

Is migration different on iOS and Android?

As far as React Native is concerned, Android is a more challenging fragment as compared to iOS since there is a UX difference. So, it is essential to conduct proper research before you take any migration decision.

With these points in mind, migration can prove to be a challenging process in a few scenarios. Still, there’s no such challenge that an experienced development team can’t overcome. So before moving ahead, it’s advisable to consult top react companies before migrating your app. 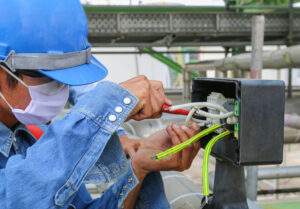 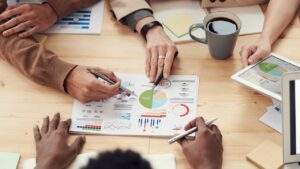 Next post 30 Blog Logo Design Ideas for Your Blog