Corsets have evolved into being one of the most controversial topics in the history of fashion. While some see it as a fashion element others consider it as a brutal treatment against women. History has always had its share of misconceptions, lies, and fables, corsets being one of the most intriguing topics across centuries. Rumors are that women were forced to wear corsets to please their husbands. Then there are claims of women who surgically removed their ribs and displaced their organs to attain small waists. Are corsets a symbol of sexuality or a sadist way of society to achieve the ideals of fashion? Also, lesser-known fact, pairing your corsets with leather jackets can make you look exceptionally trendy. Let’s explore some myths regarding corsets and the fables surrounding them.

1. Corsets cause you to faint

A general observation during the Victorian Era was the feeling of breathlessness while walking and bouts of swooning. Several texts indicate women lacing their corsets so tight that they would be prone to fainting.

Women laced their corsets so tight causing their lungs to collapse indicating the extent to which they wanted to seek male attention. Just like wearing a tight sports bra can cause difficulty in breathing similar to wearing tight corsets is bound to feel you suffocated. Wearing extremely tight-laced cannot accommodate your lungs and hence you might face difficulty in inhaling air.

We are talking about the Victorian Era, right? With the advancements in technology and design, a well-made corset should not make you faint. It goes without saying if you’re irresponsible with anything you’re bound to face negative consequences. Just like wearing tight shoes, you inflict yourself with bruises the same goes with wearing a tight corset.

Corsets have been known to have caused mental and physical pain and it’s no secret. If you’re wearing the wrong size corsets you’re bound to face the music. But there is scarce evidence of proving corsets deforming your internal organs.

There are claims that corsets reshape your midsection, especially your liver, however, we must also acknowledge the lack of medical sciences back then. Doctors were unaware of the fact that the sizes of the liver vary from person to person. Wearing corsets daily is not considered healthy.

There are claims of indigestion and constipation due to the weakening of the muscles if corsets are worn for a long period.

3. Wearing corsets will break your bones

This myth stems from a common misconception about wearing corsets during the Victorian Period. Women went to extreme lengths to fit into a corset so much so that their claims of women removing their ribs just to fit into their corsets, considering the advancement of medical sciences during that period this claim seems too good to be true.

As far as breaking bones is considered – the corset can’t exert so much pressure to break a bone. Even if your corset is pulled too tight, one would feel tremendous pain even before the bone breaks.

4. Corsets can be used to shed fat

Wouldn’t it be great if we all could shed fat just by wearing a corset? Sadly this is a myth. Now, what about the recent articles you read about waist training? Are they lying or is this all a gimmick? Well, traditionally waist training refers to using steel boned corsets to cinch your waists. The ‘training’ element here is the fact the corset ‘trains’ your waist to accommodate various sizes of corsets.

While doing this can make you look slimmer and alter your silhouette over time there’s so scientific backing for the same. Contrary to what the famous ‘waist-trainers’ have to say, waist trainers cannot be laced tighter and tighter over time. Rather waist trainers can only cinch your waist. You wear them, your waist looks small; you take them off, your waist looks the same. It does not magically shed your fat whatsoever.

5. Corsets are only used for aesthetic purposes

Corsets are often rhymed with ‘hour-glass- figure. Corsets are used to accentuate your hips and bust. They also come in a variety of styles and aesthetics such as faux leather or the Victorian-styled corset to name a few. But many are oblivious of the fact that corsets are used for medical purposes as well.

Corsets act as a form of the spinal brace and are often used to treat lower back pain. It is also claimed that people suffering from hypermobility syndrome can benefit from wearing corsets. It braces the torso, supports the lower back, and prevents any spontaneous injury caused due to sudden movements.

A corset size 18″ can be worn by women with sizes from 22″ to 28″. What about the pictures of women in tiny waists? Some of them might be legitimate others might have been edited to make their waists look small. These also include drawings that could’ve been easily sketched to make the waist look smaller.

7. You can’t move around or sit in a corset

If this were to happen in real life then there wouldn’t have been much development in the Victorian Era. There is often a common misconception that people in the past were less intelligent and lived a very gloomy and sad life. Contrary to that women were actively involved in various day to day activities ranging from hiking to skating. Women were seen wearing sports corsets while going on treks or hikes. They even joined clubs where they were actively involved in such activities.

8. Everyone had tiny waists in history while wearing corsets

The smallest waist observed in the 19th century was around 21-22″, however, this was one among many. There are corsets sized 26-27 inches or even more. These dresses were a norm of society back in the days and women of all sizes and shapes respected the norm and wore it.

It’s quite the contrary. Women were actively working taking care of the farms, cooking over pyres, and even being merchants. Corsets served as a support to their back; this not only supported their backs but also helped them lift heavy weights and keep a better posture. Not only women but men also wore a corset to hide their beer bellies and give them the ideal shape. While women wore corsets most of the time, men also wore corsets through the centuries.

10. Women had ribs removed to achieve the desired hourglass figure

Are the claims of women removing their ribs to achieve the desired hourglass figure true? We’re talking about the primitive days of medical sciences when doctors didn’t even wash their hands from the morgue and went straight back to the operation theatre. It was in the 1860s that we discovered germs and it was only then the doctors realized the importance of a hygienic atmosphere.

Simple surgeries like tonsilitis could cause death and here we’re talking about ribs getting removed. There is not a single documented case where someone got their ribs removed just to fit in a corset. 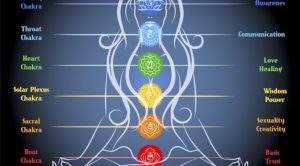 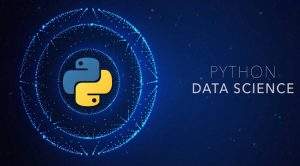 What are Some Basic Tips to consider When Shopping for a Diamond Engagement Ring?

How to Plan Beauty Regimen for Your Special Occasions