But digital technology is not the only one that has changed our lives for the better, there are much more important and useful technologies than you may imagine. Lets have a look at some of them.

Smart homes are really common today. If you are not living in one, you must know a lot of people that do. Sure it is costly to set up the smart home system, but benefits are greater than costs. Smart controllers and computer controlled switches significantly reduce electricity and water consumption.

It went even further, now remote monitoring is available, not only for homes but for barns and farms. Wireless sensors enable farmers to monitor barn conditions 24/7 via their smartphones or tablets.

Smart watches are maybe the part of the smart equipment that almost everyone can afford. But this is just the beginning of the smart wearable devices era. Potentially smartwatches and smart bands, can bring us much more and more benefit tracking actual health conditions rather than just tracking exercises and physical activities.

Do not be afraid of Chernobyl

Yet, the , the nuclear accident on Chernobyl Nuclear Power Plant significantly hindered the future development of nuclear energy. Shortly after the accident, construction of some NPPs was put on hold and later canceled.

But we must acknowledge that fossil fuels are not renewable but at the same time are damaging the environment and causing greenhouse gas emissions, that warms up the planet so far.

At the same time, the World Nuclear Association, which promotes nuclear energy, published data in 2011, according to which a gigawatt-year of electricity produced by coal-fired power plants, on average (taking into account the entire production chain), costs 342 human victims, and on gas – 85. at hydroelectric power plants – in 885, while at nuclear power plants – only at 8. It means that unless we can not drain the most power out of wind or sun, we must try to cause less pollution and most efficiency.

Bacteriophages are viruses. But not those viruses that infect humans or animals. Bacteriophages destroy only bacteria, or more precisely, they devour them.

Each bacteriophage infects only those bacteria against which it is directed. When a phage notices “its” bacterium, it instantly attaches itself to the membrane of its cell, after which it introduces its own nucleic acid (genome) inside the bacterium. Its purpose is to make the bacterial cell “work for itself”, that is, to start the process of its reproduction in it.

Soon, new bacteriophages are formed inside the bacteria, and the process of lysis begins – the disintegration of the bacterial cell and the release of mature phages. Thus, hundreds of new bacteriophages are born, ready to attack. The “” is repeated again. For all its seeming aggressiveness, this process is absolutely harmless and does not cause any side effects to the rest of the microflora of the body.

The best thing about fags is that bacteriophages are not man made, but exist in nature.

Nanotechnology is a set of methods and techniques that provide the ability to controllably create and modify objects that include components with dimensions less than 100 nm, at least in one dimension, and as a result, have received fundamentally new qualities that allow their integration into fully functioning large-scale systems.

Before the advent of , companies had their own network equipment that needed to be kept up and running no matter how often they used it. If the servers were overloaded, they had no options. Companies like Amazon Web Services have come up with an alternative approach, namely cloud computing.

Organizations could rent a server of the required volume and capacity at any time. There is a fee for using the server. As soon as it stops working, the customer stops paying. With this innovation storage services, and startups could take advantage of them at significantly lower cost.

Cloud computing has proven so revolutionary that even companies like Netflix use Amazon Web Services servers. Individuals store data on remote servers Dropbox and Google Drive and can access it at any time.

Artificial can be better

Artificial intelligence has developed slowly over the years, but deep learning has been a huge leap forward in the effort to teach machines to learn. Deep learning systems try to mimic how the human brain works by using layers of artificial neurons that form a neural network.

The original concept of such a network has been around for decades, but it was only thanks to recent advances in computing that deep learning systems were able to stimulate many more neurons. With the help of artificial neurons, super-powerful computers can analyze huge amounts of information and recognize patterns. Systems can learn from mistakes and successes, and increasingly recognize images, speech, and even facial expressions. Such systems are used in medicine, fintech, customer service and other industries.

3D printing first appeared in the 1980s. It was presented as a new technology that allows you to quickly and easily create models and prototypes without the use of large-scale production tools. Further development of technology occurred in leaps and bounds. New printers began to use all sorts of materials, from precious metals to concrete. Using 3D printing technologies, some startups have made parts and have even been able to print entire houses. A jaw implant can already be printed on a 3D printer. Perhaps, in the future, bioprinting technologies will allow the creation of organ implants. In addition, scientists managed to 3D print a car and a drone.

Yet technology is shaping the world around us. We must aim to make the best out of it. 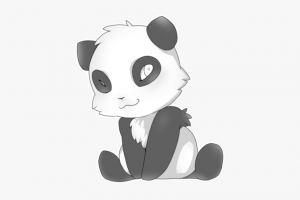