Originally from the small town of Berdyansk in Eastern Ukraine, Oleg Smykalov always loved creating videos and exploring the intricacies of filmmaking. However, it wasn’t until he moved from Kyiv to Toronto that he discovered his true passion. At the time, he was looking for motion graphics gigs, and he ended up animating 50 videos for the Royal Bank of Canada, the largest financial institution in the country. He found the more he worked on the expansive project, the more interested he became in the effects side of things, and knew he needed to explore this avenue further. Now, as an internationally sought-after visual effects artist, he has found his niche, and those videos for RBC he made all those years ago are still being used on the company’s website today.

Audiences all over the world have seen Smykalov’s work through a variety of platforms. Whether working on an award-winning series, such as FOX’s Gotham, which was awarded an Emmy for visual effects, or star-studded feature films, like Cats, starring many of Hollywood’s most iconic actors, to a major commercial campaign for an internationally recognized brand, such as Apple, Smykalov knows how to create beautiful imagery for his clients.

The Apple commercial perfectly exemplifies this. Made to promote the new iPhone SE, the thirty-second spot relies heavily on captiving visual effects. It shows a woman on a crowded bus taking out her phone and becoming entranced by its advanced technological features, which are amplified through the effects. It would take a highly trained visual effects artist to execute the vision, and Smykalov was up for the task.

Smykalov came on board for the project in a very elusive way. He was contacted online by a VFX professional he had never worked with before, suggesting he would be an excellent addition to the team on an undisclosed commercial video. The project wasn’t disclosed until he actually opened his first shot in the compositing application Nuke X.

“It came as a total surprise, but I think my vast experience in commercial videos and episodic tv has played a crucial role in getting this undisclosed commercial all the way from New York City. I usually keep my social media up to date with all the commercials and episodes I work on,” Smykalov described.

Smykalov is known for his masterful ability to make any video content look beautiful and appealing on the big screen, so it was an easy task to handle for a smaller object like the iPhone SE commercial. He worked closely with an American team, leading projects at the Mill LA and the Mill NYC. It was a remote connection to LA, and the team trusted him from day one, knowing he was the talent they needed to make their vision a reality.

“It was super fun to work with the iPhone SE team. It was a multi-location project connecting artists, producers, and creative directors in New York, Los Angeles, and Vancouver. Most of the shots with the iPhone SE were easy to solve technically thanks to my experience. I’ve used many of the compositing tools from my personal library to keep things going and hit deadlines on time,” said Smykalov.

The commercial proved to be a major success for Apple, as the new iPhone SE 5G continuously sold out for months after its launch in North America. For Smykalov, the commercial also opened doors overseas from more North American and Asian companies wanting to hire him for promotional videos after seeing the iPhone ad. It took a lot of hard work to become the in-demand visual effects artist he now is, but Smykalov offers wise words for those looking to follow in his footsteps and stresses the importance of putting the time in to master your skills.

“It takes time to get good in visual effects overall. However, depending on your specialty and artistic skill, you can approach your career path from different directions. Obtaining an education in a specialized school can be a good start with instant employment, as there is currently an abundance of demand for production and post-production services. If you cannot afford a film school, another approach would be breaking into commercials and advertisements by learning the craft on your own, doing everyday VFX and CGI exercises, and promoting them on social media as well as part of your portfolio,” he advised.

To stay up to date with Smykalov’s work, head to his personal website. 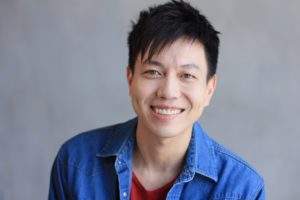 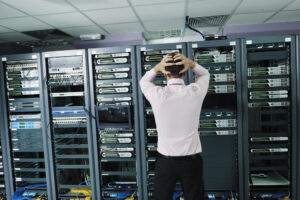 Next post Backup and Recovery vs Disaster Recovery: What Are the Differences?