Since quite some time, the term ‘Cloud-Native’ is being thrown around a lot in software development industry nowadays. But, what’s more surprising is the fact that Cloud-Native also has its own foundation – The Cloud Native Computing Foundation (CNCF). It was founded by Linux Foundation in 2015.

Now some developers say that Cloud-Native is just a hype and it will fade away soon, while others disagree.

Hopefully, this article will help you clear the confusion once and for all, whether Cloud-Native is the next big thing in software development industry or not.

In simplest terms, “Cloud-Native” is basically a modern approach to building applications that leverage the benefits of cloud computing.

It means, the Cloud-Native apps live in the public cloud, and not on on-premises datacenter. Although, that’s not the only difference between a Cloud-native and an on-premises applications.

There are many differences.

In reality, Cloud-Native apps are quite opposite compared to the traditional on premises applications.

Most on-premises traditional applications tend to be written in traditional programming languages such as C, C++, C#, and Java.

Cloud-Native applications, on the other hand, are mostly written in modern, web-centric programming languages such as HTML,CSS , Python, PHP, JavaScript, and Ruby on Rails.

On premises applications almost always need updates, which are delivered by vendor on subscription basis. These traditional applications also need downtime during the latest update is being installed.

Cloud-Native applications, however, are always up-to-date. That means, they don’t need any downtime to upgrade and is always available.

There is better redundancy in the Cloud-Native apps than there is on-premises apps. That means, if a cloud service provides faces an outage, another region can easily pick up the slack.

In on-premises apps, however, there might be a failover ready, but there is still a chance of facing little bit downtime because whenever the server goes down, the app goes down with it.

Multi-tenancy basically means a software architecture where a single instance of software runs on a server and serves multiple tenants.

Cloud-Native apps can leverage the elasticity of cloud whenever there is a use spike. For instance, if you’ve a cloud-based ecommerce app and run a huge sale, you’re probably going to experience a use spike.

Simply put, a cloud-native application can immediately adjust to the increased usage and scale as and when needed.

On-premises applications, however, cannot scale dynamically. You need to add resources in advance to make sure your ecommerce app don’t crash and result into poor customer experience.

But when it comes to cloud, storage and network are both completely different. The cloud allows changes in networking without breaking anything through re-platforming approach.

Unlike on-premises application which tend to be monolithic in design, the cloud-native apps are modular with many of their functions broken down into microservices.

Though in on-premises app libraries might help in offloading some work. But in the end, it’s still a one big app with lots of subroutines.

In Cloud-Native apps, however, the microservices allow them to shut off some modules when needed and also for updates being rolled out to specific modules.

In a nutshell, there is no need to take the whole app offline in cloud, where the on-premises apps must be taken offline as a whole.

Now, let’s be honest for a second. All these advantages surely sounds great, but if you’re new to cloud-native app development, there is one big mistake I want you to avoid.

Most clients we’ve worked with and the businesses we’ve witnessed adopting cloud-native, over half of them have made one common and big mistake. – The mistake of taking existing application, especially their legacy application, and shifting it onto cloud without making necessary changes.

That’s just wrong. You should never move your existing on-premises application just as it is if you want to take advantage of important cloud native features.

Instead, you should either build and put a new cloud-native application into cloud infrastructure, or break up the existing on-premises application & refactor it using cloud-native principles to take full advantage of cloud-native’s features.

In fact, you should also not use the old development methods. This includes waterfall as well as agile development methodology. For seamless cloud-native app development, you must adopt rapid iteration, MVP development, devops, and multivariate testing. This means, you need to adopt a new way of doing things. So, remember to do it at a measured pace.

The concept of “Cloud-Native” has introduced a new way of developing complex and scalable applications. But to build your first ever cloud-native application, first you carefully need to understand which cloud service will work best for your app.

Though you can always choose more than one cloud services, but which cloud service to choose demands a lot of comparison for variety of factors. So, if you’re doing it for the first time, it’s better to take a cloud-expert’s advice.

And even if you’re not planning to make the shift right now, the cloud-native concept is still something you should keep in mind for the future.

Shahid Mansuri Co-founded Peerbits, one of the leading Mobile app development company USA, in 2011 which provides Blockchain app development services. His visionary leadership and flamboyant management style have yield fruitful results for the company. He believes in sharing his strong knowledge base with learned concentration on entrepreneurship and business 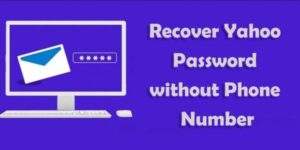 Revealing Some Real-Time AngularJS Advantages in 2021

Facebook Not Working on Android? How To Fix It