A presentation at the Alzheimer’s Association International Conference 2020 brought new hope to the aging population, who are at risk of developing Alzheimer’s. According to the study’s findings, it is possible to decrease one’s chances of getting Alzheimer’s by roughly 40%, and at-risk individual can avoid Alzheimer’s Disease altogether with lifestyle changes.

The Three Prime Contributors to Dementia has been Identified

The study has identified and segregated three major, additional causes that contribute heavily towards increasing one’s chances of developing Alzheimer’s at a later point in their life. These are:

Understanding what the Age Bracket Means

It should be made clear that all three factors can and will have an impact on our chances of developing the disease, irrespective of our age at the time of exposure. Despite that, these age brackets were identified as the most vulnerable points in a person’s life, with respect to the linked risk factor.

For example, a concussive head trauma at any age can damage the brain, while also increasing the victim’s chances of getting dementia. However, 35 to 45-year-olds are at a much greater risk of developing the disease later on account of a head trauma, as compared to younger adults. Similarly, seniors exposed to polluted air (which includes smoking) have shown an abnormally accelerated rate of decline in cognitive faculties, while the effect is not as severe in younger patients.

Can We Really Prevent Head Trauma?

Although it may sound like a factor that is completely out of our hands, it isn’t so entirely. Unlike the other two, head trauma is not a lifestyle choice, but we certainly do have more control over its prevention than we may realize. It is a fact that we cannot predict accidents, but we can certainly take precautions to prevent massive brain trauma, whenever there is a probability of an accident.

For example, people are supposed to wear an appropriate helmet/hard hat/headgear whenever they are riding a bike/motorcycle or working at a construction/renovation site. Failing to adhere to this simple rule increases one’s chances of receiving a head injury tremendously. That, in turn, Increases their chances of Alzheimer’s, cerebral strokes, and other issues with the brain. Awareness, care, and preventive measures can, therefore, considerably reduce our chances of getting dementia or any other neurodegenerative disease in later life.

The Healthy Lifestyle: Does It Really Work?

With the exception of brain damage, both air pollution exposure and alcohol consumption are lifestyle-related. In fact, results of the cited study only identified the most damaging contributors among several confirmed and highly suspect factors, which are also lifestyle-related. This leads to the question can Alzheimer’s be really prevented by making changes to one’s lifestyle? If so, then what are the other necessary changes that we should consider making?

To answer these questions, we need to first take a look at the nine established factors that make us prone to Alzheimer’s Disease by roughly 34%, according to The Lancet Commission Report of 2017.

As we can see here, most of the risk factors which makes us prone to dementia are either directly related to one’s lifestyle, or a result of the individual making poor lifestyle choices. For example, diabetes, hypertension, and depression are closely related to alcohol abuse and smoking. Therefore, the answer to the main question is yes, we can reduce or even eliminate our chances of ever having to go through the various stages of Alzheimer’s by making proper lifestyle choices. There is no guarantee that it will work, but the chances are high enough for the idea to be medically credible.

What about Seniors Who Already have Signs of Alzheimer’s?

Alzheimer’s is divided into three stages, which are Mild, Moderate, and Severe. Once the mild symptoms begin to show up, a visit to the doctor’s is highly recommended to get the proper diagnosis. Look for the common signs of Mild Alzheimer’s such as:

Unfortunately, there is no known and approved method or medication to stop the progress of Alzheimer’s once it has caught on. In later stages, even family members will not be able to provide care to the patient since it requires special training. Professionally assisted living is the best option for seniors suffering from Alzheimer’s, but it is best not to wait till the disease has progressed to the severe stage.

Usually, patients in the later stages are already injured (from falls and bumps) and confused, so they may find it harder to adjust to a new location. Besides, assisted living facilities like Brandywine Haddonfield has an excellent memory care program to help seniors with Alzheimer’s to stay happier, healthier, safer, and more cognizant throughout their stay.

The discovery of preventive medication that can provide active protection against Alzheimer’s could become a reality soon. Until that day comes, it is still possible to lower our chances of Alzheimer’s by being aware of the causes and keeping a sharp eye out for being subjected to risk factors. Alzheimer’s should no longer be treated as a genetic or geriatric inevitability. Although there is no way to be 100% sure whether our efforts will be truly effective or not, all research points to the fact that Alzheimer’s can indeed be prevented completely or delayed greatly with precautionary measures. 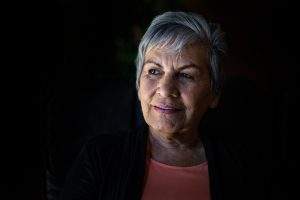 Previous post Wrinkles: What are They, and What Causes Them? 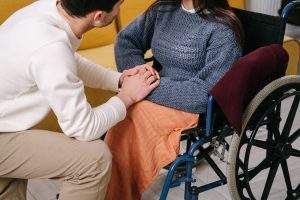