The old traditional file sharing systems like infrared and bluetooth has gone as android and iOS development came to its great extend. Now smartphone apps play vital role in each and every purposes. Here in this post, listing out the best 5 file sharing apps for the smartphone users. Particularly these apps are used for secure and fast file transferring and sharing purposes. Comparatively large files can be share between the devices within short time. These apps works based on WiFi surrounding networks and unlimited size files can be transfer within short time period.

ShareIt is one of the most popular file sharing app for the smartphone users. ShareIt is very fast and secure file transfer tools widely used by the smartphone users. The app is available for both iOS and Android smartphone users. ShareIt is very suitable app for bulk sharing and can be transfer any file formats. This app is used to transfer and share images, music files, video files, apps, contacts etc from one device to another. The app is working based on making the wifi surrounding and transfer the files in secure and in fast. The file transfer rate ranging up to 20 MB per second. The app have very simple user interface and can use very simple. So many users are using this app in personal computers to transfer the files between mobile smartphones and computer. ShareIt installed on personal computers with the help of android emulators like bluestacks. This app have good review and rating on google play store and users comments are good. Transfer speed in much more at most 200 times faster than bluetooth file transfer system. ShareIt app itself have very good video player to watch, or play the videos transferred and can be play from the app interface itself. ShareIt not using internet to transfer files. But it have another feature and send notification of entertainment videos that are very funny and most trending to its users. Movies section have movies that are recommended for you. Rather than just a file share app, ShareIt add value to your entertainment. One of the best feature shareIt hold is, In case any error while transferring files, and when users try to resend the files again, the app will resume the file transfer at the point of error and files are fully shared.

Xender is wifi enabled file transfer master having millions of users worldwide. Transferring any large files in flash speed. Not using any internet data to transfer files. The app is supports almost all platforms like android, iOS, Tizen, Windows, Mac, Linux and is cross platform compatible. No file size limit to share files and is 200 times more faster than bluetooth. No matter, if you are using smartphones, tablet pc, personal computer desktop, laptop etc. and the operating systems installed on these devices. The app will show the installed apps on the connected device and can be share with just single click or just slide / shake the device to share files. Xender have very simple user interface and some regional languages are supported. Almost 32 languages are supported and will be add in coming updates.  Xender as adfree so that you can use the app without any disturbance from advertisements. Like shareIt, Xender add value to your entertainment by allowing you to download movies, by trending and funny videos. From the app interface, the users can play videos and music using in build player. The overall rating of Xender is 4.4 out of five in google play store.

Mi Drop is the file sharing app from the smartphone manufacturers xiaomi. MiDrop is very high speed app to transfer any large files between devices. This app is pre installed in all the Xiaomi smartphones and need to be update when there is version update. You will get notification and will update automatically if the smartphone is under wiFi network. Xiaomi Mi Drop transfer any types of files in large file size within short time. The app can be installed in any other smartphone brands and without help of any other software or apps. You can install as like any other apps. Mi Drop have very good user review and rating on play store 4.8 out of five. This P2P app transfer files in flash speed without using internet. The file transfer speed is up to 50 MB/Sec which is higher than other similar apps. There is no any specific android version supported, but this app support all the versions of android. No worries if there is any interruption while file transfer, the app will resume at the point of termination. Mi drop is also ad free so along with this feature MI Drop have very simple, elegant user interface so that all types of users can simply use without any complexity. Mi drop is multi language supported.

Flash file share app from Reliance Jio, without any ads send files having large file size. JioSwitch is 100 times faster than bluetooth. Jioswitch is cross platform compatible, which means transfer files between iOS and Android, and vice versa. Apart from transferring files like music, video, office files, apps, contact, Jioswitch allows you to share Call logs also. The one disadvantage of this app, is you can transfer the files only one by one. While almost all other apps provide the features of transferring multiple files, and can be expect to add this features in future updates of Jioswitch app. Jioswitch is very secure file transfer app because the file transfer only start by two phase authentication steps. One another disadvantage is the app is not giving the users to decide to set the download location.

Portal app is one another file sharing app having large file size. Portal app have features to drag and drop to transfer and share files between devices. Share files between smartphone and PC made easy with portal app. This wifi file sharing app will give you the file transfer speed of 200 times faster than bluetooth file transfer. You can transfer and share files as one file, multiple files or as entire folder using portal app. Very popular app and have very simple and easy to use interface. One of the key feature is, the images send via the app is automatically get in to your phone gallery. No file size limit there to share and transfer files between devices using portal app. The app can be installed on personal computers using android emulators. 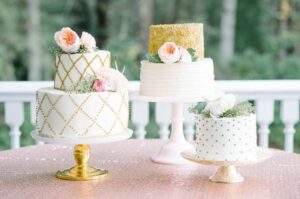 Previous post Get ready to taste healthy and tasty cake 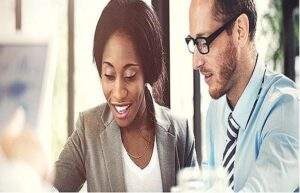