James Deane was only four years old when he discovered his passion for dance. It began from watching the Australian children’s entertainment group The Wiggles. Like many other four-year-olds in his country, he loved The Wiggles. He had a Walkman and would play all their songs on a cassette tape, dancing around his living room to their music. His mom saw how much he loved to dance and decided to enroll him into a class. The rest, as they say, is history, as Deane is now living his childhood dream that was born all those years ago dancing to The Wiggles in his living room, as he is an internationally sought-after professional dancer.

“It has taken many years of training, practice and a drive to push my limits. I have always been willing to pack up and go wherever dance takes me. I have been dancing professionally now for over 15 years and in this time, I have had the pleasure of working alongside leading international choreographers and dancers as well as artists in the entertainment industry. I am thankful for every opportunity that I have been given and I will always endeavor to give my very best for every rehearsal and performance,” said Deane.

Deane has had a career many can only dream of, performing with renowned recording artists such as Willow Smith, Jaden Smith, Enrique Iglesias and many more. He is often hired as a backup dancer and featured dancer for recording artist’s live shows, music videos and tours. He has also performed for high profile clients and corporations such as YouTube, Google, Harley Davidson, Doritos, Mercedes-Benz, Harvey Norman and Bing Lee, to name a few.

“One of my favorite moments was when I had the pleasure of performing for the Australian Government at Parliament House,” said Deane.

“I love the fact that I get to work on something I’m passionate about every day and every gig brings a new and exciting experience. I enjoy being able to perform with amazing artists and being part of a creative vision. I also enjoy touring as a professional dancer because I get to see places I’ve never seen before, meet new people and experience cultures that I may not have ever experienced if it wasn’t for dance. I enjoy seeing the smiles on the faces of the audience. It makes me happy to know that my profession brings joy to others,” he said.

When he was young and dreaming of becoming a dancer, Deane also had a dream of working with the celebrated LA based choreographer Lyle Beniga. Beniga has held the reputation for being one of the greatest choreographers in the Urban Dance world, and Deane was over the moon when he finally was given the chance to work alongside him performing in the choreography submission video for Chinese pop singer Wei Chen’s “Hat Trick” music video.

“It was a pleasure working with one of the greatest choreographers in the Urban Dance world for such a prestigious artist such as Wei Chen,” said Deane.

Beniga was in Australia on tour with Justin Timberlake and was running a workshop that Deane attended. After seeing Deane’s skills in the workshop, Beniga asked him to be part of his choreography video for “Hat Trick”. They required a strong male performer who could pick up choreography fast and execute it at a high level. Deane was able to fulfill this role and he was especially honoured when Beniga said how much he appreciated Deane being part of the project.

“Being a part of this project was an honor and I had a lot of fun. Lyle Beniga was excellent to work with. We worked on the project over two days and I played an instrumental role in learning and executing the choreography at a high level,” said Deane. “The song is so funky, and I love that so many people from different backgrounds worked on it. I am super happy to know that I contributed to its success with my dance skills.”

Wei Chen, also known as Vision Wei, is an iconic and award-winning Chinese pop singer and actor, who rose to fame through the televised singing competition Super Boy. He is also known through his album “Disparate” and his role as Ye Shuo in the television series Meteor Shower. Working on “Hat Trick” was a great honor for Deane, who was pleased when the video resonated with so many of Chen’s fans and was a great launch to Chen’s sixth studio album of the same name back in 2014. 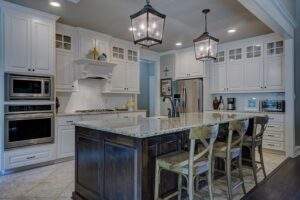 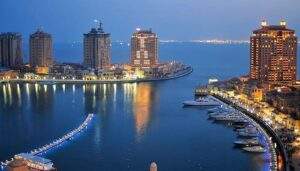