Growing up in Alstonville, Australia, Brooke Chamberlain loved dressing up in costumes and putting on performances for her family. She got a thrill from using different accents and playing different characters. When she went to see the stage play of Oliver Twist, witnessing a child playing Oliver and embodying his character, she was mesmerized by the idea that she too could do that.

“I remember for a whole year I pretended I was a spy and would carry this note pad around and report on all the things I saw in the neighborhood. Even as I grew up and most kids stopped playing, I never stopped loving pretending to embody others. I always took notes on the way people would walk and talk, how they moved and just watched them so that I could mimic them myself. It was so fascinating to me. Then as I grew, I realized that I was able to still play these characters and do that for work — it was called being an actress and that to me was the greatest discovery of all,” said Chamberlain.

Now as a seasoned actress having starred in dozens of celebrated productions, Chamberlain is living that childhood dream. She has been a part of blockbuster films like Pirates of the Caribbean: Dead Men Tell No Tales and Daybreakers starring Ethan Hawke and Willem Defoe, national commercials for major brands such as Colmet and Honda, and popular television series including Summer Crush and East of Everything, and even hosted fashion programs Street Style and Fashion News Live. She is extremely versatile and well-rounded in her craft, and knows just how to captivate an audience.

This is more than evident with one of her newest projects, The Dunes. Telling the story of Nicholas Rice, a renowned journalist from the LA Times returns to his hometown of The Dunes. While he’s there, a mysterious figure from his past arises and threatens his entire existence.

“I loved that the story was a cautionary tale about dealing with one’s own problems swiftly. As we all go through personal struggles, films like this are really important in today’s society. Films we can all relate to and that make us feel something, these are the kinds of projects I love working on,” said Chamberlain.

Chamberlain had worked with Director Martin Copping on several projects previously, and when he invited her to work on The Dunes, she trusted his creative process to make the film a success and immediately came on board.

“Brooke dedicates her time to learning her craft, she’s constantly studying and growing as an actor, she brings a rawness to her performances that is so beautiful to watch,” said Copping.

When Chamberlain read the script, she was instantly reminded of her hometown in Australia, and knew she would be able to really get into character and know what it was like to live in The Dunes.

“I really loved the script and my character from the moment I read it. When I was offered the role, I was so excited to be a part of this great project. It’s always so encouraging when directors want to keep working with you on every project, you know you’re doing something right. It also allows you to really get to dig into a character as they trust your craft and know you have the ability to bring your own spice to the film,” she said.

Chamberlain played the role of Emma, a real estate agent who knows something isn’t right when she gets a strange call from a tenant. This begins the thrilling journey of the film, and Chamberlain knew that she needed to deliver an incredible performance for such a vital character.

“We had some really long shoot days, and they were all so much fun. Everyone was really great to work with,” she said.

“It’s so nice seeing your hard work pay off and to see everyone loving the film as much as I do,” Chamberlain concluded.

Previous post What are The Key Features & Benefits of Automated Employment Verification Solution? 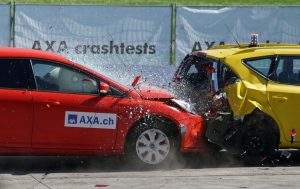