The whole performance of hard disk will be greatly enhanced once the speed is lifted. However, hard drive has many obvious advantages than other devices: large capacity, high security, low price, etc. That’s why hard disks are still used by numerous people around the world.

Like any other storage devices, a hard drive could fail at any time due to different reasons. And there are many hard drive failure signs that will inform you when the accident happens or is going to happen.

How Long Does It Take for A Hard Drive to Fail?

On the average, a hard drive can remain healthy for three to five years. The study result shows that 90% of hard drives stay healthy for three years, while 80% for four years. Of course, these values will change depending on actual using time of disk, brands, and other factors (like environment).

The service life of a hard disk is generally 30,000 hours.

The actual service life of hard drive is based on the total number of data that have been read from and written into it. Under normal circumstances, the more the hard disk read and write time is, the shorter the life expectancy will be.

According to the Backblaze Disk Drive Failure Rates study, the annual failure rate of Seagate hard drive is higher than that of Western Digital and HGST.

Note: you must want to recover data from your hard drive when it fails, right? The following posts will tell you how to finish hard drive failure recovery.

Certainly, data loss can be a real disaster and even a nightmare for a computer user since many significant files are often saved in the hard drive. Thankfully, hard drives will show warning signs sometimes before they’re going to die. You should pay special attention to the hard drive failing symptoms to avoid necessary files being lost forever.

According to statistics and users’ feedback, I summarized 10 disk failure signs that indicate your hard drive is dying. Please read them carefully.

What you should do?

Here’s how to recover missing files from an external hard drive. 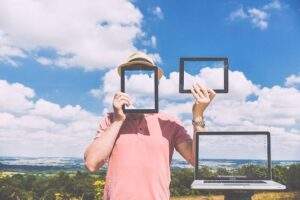