What is a Blockchain?

Although Blockchain technology is quite complex once you start digging into the fine details, the basic idea isn’t hard to follow. It’s essentially a database validated by a wide community, instead of a central authority.

A Blockchain is a decentralized ledger for all transactions occurring across a peer-to-peer network such as https://path.network. It is the structure of data representing a financial leger entry, or a record of a transaction. Every transaction is ideally signed digitally, to ensure its authenticity, and no one can tamper with it. As such, the ledger itself and all the transactions that occur within it are considered to be of high integrity.

In simpler terms, it’s a collection of record overseen and maintained by a crowd, instead of relying on a single entity such as a government or bank, which would most likely host the data in a centralized server. Of course, it’s would be impossible for thousands of peers to manage a physical database kept on paper. That’s the part where the internet and computers come in.

Each “block” represents a given number of transactional records, while the “chain” represent the component that links all of them together with a hash function. As the records are created, they are must be confirmed by a distributed network of computers and are then matched with the corresponding previous entry in the chain. This creates a chain of blocks, which we refer to as a Blockchain.

The whole Blockchain is maintained by this large computer network, which means that no one person has control over its historical records. This is one important element, since it certifies every transaction that has happened in the chain prior, meaning no one can go back and change things. This way, a Blockchain becomes a public ledger, that’s nearly tamper proof, with an in-built layer of protection that can’t be achieved with the standard, centralized, information database.

Whenever a new transaction or a proposed edit to an existing transaction is entered into the Blockchain, a majority of nodes in the chain must execute certain algorithms to assess and verify the history of the specific block that has been proposed. This entails complicated calculations to validate the blocks as a conventional private ledger would, which requires the use of powerful computers.

The new block of transaction is only accepted into the ledger if the majority of the nodes come into consensus that its signature and history is valid. However, if the majority of the nodes don’t concede to the modification or addition of the ledger entry, it’s denied and therefore not added to the Blockchain. This model of distributed consensus ideally allows the Blockchain to operate as a distributed ledger, without a central, unifying authority to verify the validity of transactions.

Blockchains can be structured to run in a number of ways using different mechanisms to achieve a consensus on the transaction, specifically in defining the known participants in the chain and exclude the rest. One of the best examples of Blockchain in use is Bitcoin. It uses an anonymous public ledger that anyone can participate in. In terms of the private uses of Blockchain, many organizations are in the process of developing permissioned blockchains to control who can participate in the transactional activity.

Since the Blockchain doesn’t require a central authority, it’s the ideal settlement solution and ledger for affiliate relationships and joint ventures that are generally made on equal footing without a provision for a manager or an arbitrator. Having computers perform the validation and verification of transactions to settle them ideally eliminates the need for settlement agents, which in turn provides disintermediation of business arrangements. It also reduces the overall costs and improves the speed in terms of making, verifying, settling, and recording transactions.

The digital verifications and signatures make it quite difficult to envision scenarios where a malicious person could cause fraud or introduce problems. The cryptographic integrity of the entire transaction, and the examination of each transaction by multiple nodes in the Blockchain, offers protection against threats and malicious use of the technology.

However, it’s important to note the protection is yet to be tested in the marketplace, and while it sounds powerful on a theoretical lens, a few questions remain on how well the protections will hold up in the near future.

The Blockchain concept works exceptionally well at tracking how different assets move in a supply chain, through different vendors, warehouses, and factories, to the transportation or transmission lines, and into their final destinations.

Although Blockchain technology shows a lot of exciting potential, a number of serious concerns must first be addressed before it’s accepted at the technology of the future.

One of the largest problems facing the technology is that it’s difficult to implement. This is mainly because there are a number of projects, just as with other open source projects, each with its own ideals and teams. It’s very difficult to marry all the functionality into a practical application.

The technology also faces a steep learning curve. This is especially true for the average individual who lacks a technical background the computer science jargon and concepts involved might intimidate and scare away potential users. Nonetheless, the rising popularity of cryptocurrency is moving the technology into the mainstream, and there’s now a lot more resources available aimed at making the topic a bit more approachable.

Overall, the Blockchain technology yields great potential of revolutionizing numerous industries. However, the practical application of the technology is challenged by the fact that it’s quite difficult to find areas or projects that are a perfect fit. Still, we’re less than a decade on from the first adoption of the Blockchain technology, and it’s likely that this is just the start of one revolutionary idea. 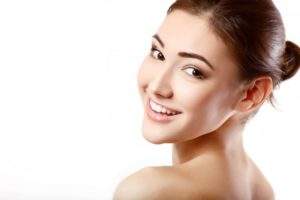 Previous post Tired and Droopy Eyes: This Is What You Can Do to Wake Up Your Eyes Next post What Should You Do After Losing Your Social Security Card?