Dance has transcended through the ages as the most stunning combination of athleticism and artistry. Cersha Burn, an industry leading Australian dancer, knows the importance of her work. She turns ideas into reality, becoming a vehicle for thoughts to physically manifest, expressing emotions and telling a story through every move she makes. Her dedication and devotion to her craft is what makes her so exceptional, and why she has garnered so many fans around the world.

“Often asked beyond the title of ‘dancer’ it is a profession of versatile, adaptable, capable humans. Many times as professional dancers we are our own stylist, make-up artist and hair stylist. We often step into roles for projects that include marketing, education and outreach.

As a professional dancer I communicate thoughts, feelings and words into a physical sense, communicating with my body and energy to an audience from all different backgrounds, cultures and languages. My profession is to perform on live stages and in music or concept videos where dance is an integral piece of telling the story or communicating the thought or idea,” she says.

Throughout her esteemed career, Burn has impressed audiences in Australia and abroad on many prolific projects, from City2Surf Sydney, the world’s largest fun run to the Los Angeles Dance Festival, which showcases over 50 Los Angeles and international companies, representing Los Angeles top dance companies, participating in seven nights of showcases in Los Angeles venues. An image of Burn was even used as the image of the 2018 campaign. No matter the venue, Burn impresses all she works with.

“Cersha’s presence on stage is electrifying, her spirit soars and her dance capability far exceeds my expectations each time I witness and perform with her by my side on stage and in film. Cersha is an artist who has truly made an impression on me. I appreciate our creative partnership on many levels and my hope is to continue working with her on my next album cycle which is slated to begin at the end of this year,” says Recording Artist Boy Untitled (Mark Tennyson), who worked with Burn on his music video “Skin” and various other live performances.

Burn aims to not only entertain through her work, but also educate and impact her audience, as evident with her continued work on CBS’s Stephanie’s Day, an event at CBS Studios, Los Angeles that celebrates the autistic community showcasing a variety of resources for the autistic and special needs, and In Her Words, an event created by Councilwoman Nury Martinez from Los Angeles Council District 9. The latter is a celebration of Women’s History Month with empowering performances by key female artists in Los Angeles. Invited by Nury Martinez and her team, Burn felt it was important to be a part of the event and perform and best represent the dance community in a government led event.

“It was special to have performed at an event held at Los Angeles City Hall with the history and beauty of the building, performing under the majestic columns in front of government bodies and important people from the Los Angeles arts community. It was an opportunity I simply couldn’t miss despite recovering from pneumonia days before and a performance earlier that day,” says Burn.

Burn and her team worked weeks ahead of the event to put together the cast, who was performing what pieces and which performance pieces best represented the event and women empowerment and celebration of achievements throughout history. It was an all-female cast of five women from the company performing various pieces. Burn was personally assigned pieces to be performed and commanded the stage as one of two principal dancers in a duet performed to spoken word.

“In Her Words was an event specifically geared towards the celebration of the contributions of women over history and so specific decisions were made. Such as the all-female cast to best represent women throughout history, repertoire that was specifically tailored to comment on the achievements and empowerment of women, spoken word that observed sisterhood, music that spoke of the women’s rights movement, choreographed movement that suggested the curves of a woman and life moments specific to women such as childbirth. It was empowering as a female to perform on a stage with all the specific detail that informed my performance,” describes Burn.

Both the event and Burn’s stunning performance earned great praise from Councilwoman Martinez and the community. Audience members felt the dancers’ presence as Burn and her team communicated the idea and energy of women empowerment and commented on the achievements and empowerment of women throughout history. Her performance spoke of sisterhood, the women’s rights movement, and the curves of a woman delicately and powerfully, leaving an impact on all who witnessed it.

“I loved that this project was specifically geared towards the celebration of the role women have played throughout history. An event that was held during Women’s History Month and at a historic location the Los Angeles City Hall and iconic Grand Park, Los Angeles as a backdrop. To have been invited as a professional artist to perform at an event held by a government body-Councilwoman Nury Martinez was a privilege. A woman who has paved a career through politics encouraging other women to achieve greatness in their respective fields felt like a great place to be and perform,” concludes Burn. 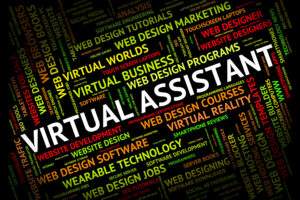 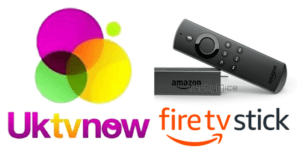