What is Traditional Testing?

The conventional approach calls in the testing team after the completion of the development processes. The team needs to take the detect-clean-release approach towards the applications at this point.

Traditional testing approach follows a tight plan, which cannot be changed at any point. They look into a lot of documentation and specifications before leaning their support to the next team.

The question now is whether this testing tactic works for your business or not. Here are a few pros and cons that should help you know.

What is Agile Testing?

The agile testing methodology is a set of practices and tactics that allow the developer team to connect with the testing team at the start of the project. The continuous integration of the various groups allows for quicker releases and better iterations, thus resolving the project’s errors right from the beginning of the process. It also facilitates continuous improvement in software testing.

While the traditional testing method is incremental, agile is continuous and concludes with the project’s deployment.

Having understood how the two approaches work, it is essential to know the critical differences between them.

There is a core difference between the way these two work. While the traditional model is more predictable and phased in its technique, the agile methodology is iterative and adaptive. The latter works need-based and defines the processes according to the testing needs. It is quite flexible while the traditional approach is not.

The agile philosophy is test-first, while the traditional method works on the development-first method. In agile methodology, the testing is conducted along with the development and after the product’s first release. As a result, the user’s feedback is also incorporated for an effective launch. Traditionally, testers used to get involved in the project only after the development was completed. The test cases were planned, defined, and then used to identify bugs and fix them.

The two differ in the core work appointed to them as well. For Agile, the target is to accelerate the release of the product without compromising on the quality. As a result, the developer and testers collaborate to release a minimum viable product before releasing the actual software solution. The release is phased into several sprints and milestones. Traditional approaches are used to cater to the entire project development. They would ensure that the whole project is developed, tested, and then released. They concentrated on releasing high-quality and reliable products.

The modern methodology refers to a sprint-based process, which is iterative and continuous. As a result, the testing is conducted alongside the development, and both are continuous across the iterations. However, the traditional method differs in the process as well. The planning phase defines how many features need to be added to the system. Once the components are added and the documentation is ready, the product goes to the testing team. The modules go through unit testing, regression, and system testing.

Feedback is essential for agile testing. The method approves and incorporates the user feedback at the end of every release to make it more user-centric. The development and testing cycles are short. The conventional approach demands input at the end of testing, after the release of the product. The system incorporates the feedback and upgrades in the next version of the project.

Agile methodology thrives on the collaboration of the various teams—developing and testing teamwork together to release a sprint or product. In the case of traditional testing processes, the two groups worked in silos. After you completed the development, you hand over the project to the testing team with the requisite documentation. As a result, the whole project was done without inputs or the presence of team members.

The traditional testing method did not give importance to the risks involved. It was averse to the risks, as the bugs were identified and cleaned only after the development. It not only delayed the product release but also involved high costs and resource allocation. The timeliness of identifying and preventing the risks in Agile methodology leads to cost-efficient and resource-efficient processes.

As the teams worked in silos, documentation proved to be the only communication mode between developers and testers. From the business requirements to the code components, you need to mention everything in the documentation. The agile methodology allowed collaboration and real-time communication between the teams. As a result, the paperwork required was minimal, and the collaboration extensive.

Why is Agile Testing Preferred Over Traditional Software Testing Approach?

The advantages are clear, and so are the differences. Let’s take a look at why more businesses are preferring agile methodology over conventional software testing approaches.

Agile testing methodology allows the teams to be more flexible with their testing approaches. They don’t need to stick to plan A from the start, even if it does not work for them. They can adapt on-the-go, which makes it easier for them to develop and test products faster. It overthrows the top-down approach and accommodates all the last minute changes with ease.

The units don’t work in silos, which means the chance of getting a quality product faster is higher with agile. Your teams are a single unit, and they collaborate and call for changes as and when required. The users and clients are also part of the process, making the approach reliable and offering superior quality assurance services.

The sprint-based testing method allows for quicker bug detection and faster resolution. You will notice that the feedback is immediately incorporated in this case. The onus of failure, as well as success, falls on each individual within the team. They are more accountable and empowered, which results in successful projects.

When you embrace the agile methodology, you are also accepting the sprint-based evolution of the projects. As a result, you will be letting the products into the market faster. Even the updates and newer versions of the sprints are released at an accelerated speed.

The feedback plays a prominent role in ensuring quality solutions. The modern testing approach calls for user feedback along with the development processes. Eventually, you will be able to release better products faster as you know what the user wants. It is a user-centric approach.

To successfully implement modern testing practices, you need to outsource software testing to a partner who works with enterprise-grade software systems for unmatched performance. We, at Maruti Techlabs, provide a full cycle of Quality Engineering services that enables quicker bug detection and closure, seamless coordination, and lesser turnaround time for product release. For a flawless performance at every stage, get in touch with us here. 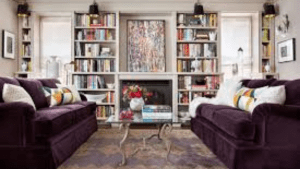 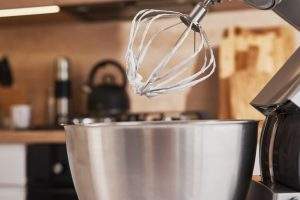 Next post Tips To Prepare Your Kitchen For Small Parties