Harsha Bhogle said “You can achieve greater when you are unnoticed by everyone. Like that Yuvaraj Singh is getting fit enough when no one is watching. What you watch on him is his performance and what you forget to watch is his intent”.

Yuvraj Singh is a great man as well as great cricket player who had gone through all the ups and downs in through his life. The one thing you must have to learn from him is he doesn’t give up in any situation, even it is very hard. That quality makes him reach great heights. His recent performance ensures that he is fit enough to stay on the cricket field. And after retrieving from cancer he is too fit than before. It is very much needed to mention here that the cricket analysts doubts in selecting Yuvaraj to the Cricket World Cup 2019. A lot of fans want to have their most favorite cricketer Yuvaraj’s participation in world cup 2019. Their wish is to bring back the World Cup to the home again. While discussing his chance of getting into the 2019 world cup, let also have a look at his recent performances in cricket.

Yuvraj Singh is playing in every match conducted in different formats and strengthens runs in the Ranji Trophy season, the Syed Mushtaq Ali T20, IPL, and currently in the Vijay Hazare Trophy as well. He also wins a lot of matches in single-handed for Punjab. It is said that he was playing all over the year and he was injured a long time before. Where, the national selectors are getting ready to select the players participating in the World Cup 2019. There is no doubt that Yuvaraj will top the list in the selection and he also breaks many records by his terrific performance. He had also proven his ability to perform on such a big stage. 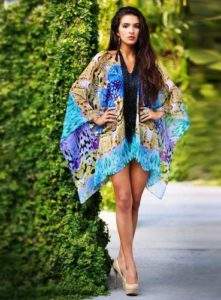 Next post How to Wear Women Kaftans in 3 Different Styles