Bone Marrow Edema (BME) is an old terminology. These days it is referred to as Bone Marrow Lesions (BMLs). It is the buildup of excessive fluid in the bone marrow area which is clearly visible on ultrasound (US) and magnetic resonance imaging (MRI). Experts of bone marrow transplant say that It generally affects the muscles of the bone. Usually, an injury to the bones is the main cause of edema. It causes unbearable pain and also leads to other diseases namely arthritis and osteoporosis. In certain cases, BML maybe both inflammatory and non-inflammatory, affecting the musculoskeletal system.

What is Bone marrow edema?

When fluid builds up in your bone marrow, it’s called bone marrow edema. Bone marrow lesions are another name for it (BMLs). It is commonly formed in the following parts of the body:

Bone marrow is a viscous, soft tissue that fills the spaces between your thigh and hip bones. Stem cells in bone marrow can develop into red blood cells to carry oxygen across the body, white blood cells to fight infections, and platelets to help with blood clotting. Each stem cell-derived blood cell serves a particular role.

When the fluid accumulates in the bone marrow it is called bone marrow edema accompanied by swelling in the particular part of the body. It is surely a painful disease, however, it can be treated with surgery and medicines. In some cases, it can heal on its own.

Some of the best bone marrow transplant doctors in india suggests that Bone marrow edema can occur for a number of reasons, some of them are listed below:

Capillary leakage caused by local changes in the capillary wall due to trauma or tumor, or increased intravascular pressure caused by increased blood flow to the marrow or decreased venous clearance of the bone marrow region, may cause fluid accumulation in the bone marrow.

In bone marrow edema, you may or may not have symptoms.

Some possible symptoms may include:

If anyone of the above symptoms concerns you, then make an appointment with your doctor to diagnose for bone marrow edema. Initially, your doctor will physically examine you and ask about medical family history. Alongside, your doctor will perform blood tests to watch out for inflammation in the body.

For your information, bone marrow edema doesn’t show up in the CT scan or X-ray. Hence, your doctor might suggest conducting an ultrasound or MRI to check for edema.

Bone marrow edema will typically be treated with therapy, rest, and pain relievers like nonsteroidal anti-inflammatory drugs (NSAIDs) or steroid injections. You may require a rest for a few months to feel good.

While in some severe cases, doctors may recommend surgery and other drugs. Surgery is suggested when non-surgical treatment fail to relieve pain. Surgery can help to repair the ligament tear, to remove tumors and pin fractures. Although the treatment for edema does not cure the disease but can help in alleviating the symptoms.

One complex surgery called Core Depression Surgery involves the drilling of tiny holes in the inflamed area to ease the pain and release pressure. Later, your doctor will fill the holes with stem cells to fill the cavity thus promoting healthy bone marrow.

Edema of the bone marrow is the accumulation of water or fluids in the marrow. It is also called bone marrow lesions. Early detection and treatment of edema is vital. In some cases, it can heal on its own by some rest and physical therapy. It happens as a result of a reaction to an injury, such as a fracture, whether it’s acute or chronic, or health problems like arthritis and osteoporosis. They are typically discovered with MRI and ultrasound.

If you suspect bone marrow edema, make an appointment with your doctor immediately! 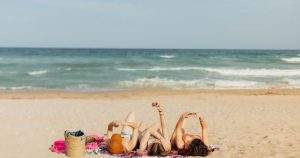 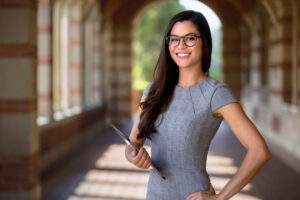