From fairy tales to mythology to Norse legends, we thought we’ve read and heard everything there is to know about Vikings. We all believe we know what the Vikings were like, from raiding and plundering tales to Norse myths and those horned helmets. But how much of this is accurate, and how much is the legend? Here’s a quick primer to help you catch up on your Viking lore. You’ll be prepared to go on your own Viking journey especially with a VikingLair necklace beside you.

The Vikings, in Old Norse, were a group of Scandinavian adventurers, merchants, and warriors who raided, traded, discovered, and settled around vast parts of Europe, Asia, and the North Atlantic islands from the eighth to the eleventh centuries. We’ve heard too many Vikings stories, but knowing what happened behind the legends helps us navigate the reality of the Vikings’ existence.

The Viking Age lasted from the first Viking attack on the Northern English monastery of Lindisfarne in 793 to the final Battle of Hastings in 1066. The Viking Age had a significant influence on the medieval histories of Scandinavia, Great Britain, Ireland, and many other European countries.

Before Christianization, the Vikings had their belief scheme, Norse mythology. Odin, Thor, Loki, and Frey were central figures in Norse mythology. It was the most prestigious way to die in war. The villagers believed that their prayers and ritual would guarantee you a seat in Valhalla. Odin’s vast hall where everyone in the village held grand banquets every night and planned to aid Odin in the apocalyptic wars leading up to Ragnarok (the end of the world). Many, if not all, Norsemen had converted to Christianity by the tenth and eleventh centuries. However, they retained much of their pagan traditions until late in the medieval era.

The Viking Age saw the final stand of paganism in Scandinavia, where raiding and trade brought adherents of a pantheistic faith into contact – and sometimes conflict – with Christians and Muslims worshiping a monotheistic God.

The Spirit of Adventure

Vikings were feared for their famed longships, which enabled Vikings to cross oceans, travel through shallow waters, and land directly on beaches. During the Viking Age, Norsemen traveled extensively around the known world. Vikings did not only raid and pillage, contrary to common opinion. They were also skilled merchants, establishing several prosperous colonies in England, Scotland, Ireland, Normandy, and Iceland.

You would want to know that the Vikings were the first Europeans to set foot in North America. Under the leadership of Leif Erikson, the Vikings founded a quick settlement in modern-day Canada. Vikings laid siege to Paris for the first time in 845, when they rowed up the Seine for the first time. Norsemen carried out numerous more assaults on Paris, demanding bribes from city authorities, before a final assault in 886 ended the Vikings’ reign of terror on the city. Vikings terrorized the entire North Atlantic coast and North Africa and Russia, Constantinople, and the Middle East.

The Vikings levied a levy on the countries they raided called Danegeld. By paying the Danegeld, rulers could ensure that their territories were safe from Viking raids. The Vikings often paid large amounts of silver and valuables as Danegeld by English, French, and other European rulers.

The Vikings had their alphabet, known as “futhark,” based on the Germanic runic script. The Vikings carved ancient occurrences into rocks with runes, which are today known as rune stones. The rune stones will usually detail a single chieftain’s and his men’s heroic exploits or fruitful campaigns abroad. Most of what everyone knows about the Vikings today is based on runic inscriptions discovered on stones in Scandinavia, the British Isles, and as far away as the Black Sea. You can find popular runes stones at Jelling, a UNESCO World Heritage site, and other Viking items like a Viking bracelet that often served as a part of their armor.

There are several myths about the Vikings that persist to this day. Here are a few well-known Viking theories that have no basis in historical fact:

Vikings wore no-horned helmets. But for a few ceremonial ceremonies, there is no proof that they ever did. Viking legends would severely hamper your ability to fight successfully in close combat if you wore horned helmets. Viking helmets were conical, made of heavy leather reinforced with wood and bronze, or made of iron with a mask and chain mail. During the nineteenth century, the concept of Vikings wearing horned helmets emerged.

Vikings were more than just savage brutes. Images of wild-haired, wild-eyed raiders mythologized the Vikings. In reality, Anglo-Saxon neighbors characterized the Anglo-Danes. The latter occupied Great Britain as overly clean because they insisted on bathing at least once a week and keeping their hair well-groomed. The Vikings did not use the lyre. Vikings were not usually interred in a dolmen. 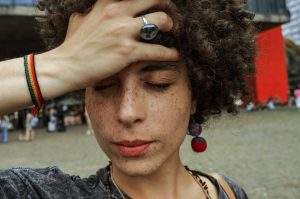 Next post 6 Terrible Ways Your Stress Affects Your Looks