In the state of Uttarakhand, there are numerous tourist spots among which the Triyuginarayan Temple is also  much famous. Other than being a holy place for Hindus it is also a beautiful location that can offer some  panoramic views of nature. Beautiful green trees surrounded by the White Mountains can surely tempt one to get some fabulous images here. The cool breeze of air, peace in the air and crystal clear clouds can also steal one’s heart here. This temple is dedicated to Lord Vishnu who is considered as one of the three important gods of Hinduism.

The Triyuginarayan Temple is located at the village Triyugi Narayan. As per the ancient scriptures, this is the place where the marriage of Lord Shiva with Parvati was done. This wedding was done in the witness of Lord Vishnu,  and therefore the temple was built. As per the scriptures, the arrangement of the marriage was done by Lord Vishnu, and he also played the role of the brother of goddess Parvati. It is believed that the Lord Brahma had played the role of a priest in this wedding. There is also a Brahm Shila situated in the front of the temple which is known as the place where the wedding took place. There are also three different ponds or kunds here which are believed to have the water with some amazing medicinal properties. These kunds are named after gods as Rudra Kund, Vishnu Kund, and Brahma Kund.

It is believed that the temple of Triyugi Narayan has been there for ages. As per the Hindu legends, there are various ages known as Yug. This temple has been there for three ages which are Sat, Treta, and Dwapar. There are idols of Lord Vishnu, Goddess Saraswati and Lakshmi in the temple. The temple also has a pious fire which is known as Akhand Dhuni. This pious fire is lighted for ages where the pilgrims who come here for blessings carry wood and in return takes the ashes from the fire as blessings. The temple is situated in the natural surroundings which help one not only to bless but also to enjoy the beauty of nature. It is also a known destination for the trekking lovers. There are many mountains here where one can get the base and explore the area with trekking skills.

This beautiful place is situated in the district of Rudraprayag in the state of Uttarakhand. One can witness the unification of rivers Mandakini and Songanga here. 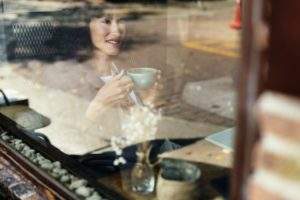 Next post Tips and Recommendations For Getting Tattoo Suppy