Whether you’re constantly on the go and traveling around the globe conducting business, or you’re just a single guy trying to find the best possible location for your next well deserved vacation, traveling to a different country can be quite an experience. It can be a memory of a lifetime or a nightmare with no end and that’s exactly why you have to do your research if you’re looking for some pleasure which can be considered illegal.

Considering that any kind of pornography is completely illegal in the United Arab Emirates, and knowing that in Kuwait and Iran it’s illegal to dance in public, while in countries like Malaysia and China selling drugs can be punished by death. So, if you’re looking for something like that, you really need to do your research. We’ve searched the web and we’ve come across some useful tips for world travelers regarding the issues that are considered illegal in the majority of countries. Or better yet, where you can get what you’re looking for without breaking the law, so let’s get straight to it. Drug Industry around the World

In the past few years, legalization of marijuana has become quite a thing. Most of the USA have legalized medicinal use of marijuana, while some states like Colorado and the State of Washington have legalized it for recreational purposes. Getting weed around the world has become relatively easy. Uruguay completely legalized and taxed marijuana and according to their media, the government of Uruguay has banked quite a lot of income on marijuana tourism only.

It would be wrong to talk about drug tourism and not to mention Amsterdam, the capital of Netherlands. It’s the well-known adult industry capital of the world. With legalized prostitution and consummation of certain drugs, millions of people go through this city every year. The Netherlands’ law is not that clear about possession and distribution of certain drugs, but it’s locally regulated in Amsterdam so you can buy small amounts of marijuana, psychedelic mushrooms, and even LSD basically anywhere in the city center.

Of course, talking about marijuana and exotic locations naturally brings us to Jamaica. This beautiful island country in the Caribbean Sea is most well-known for three things: Reggae music, Rastafari culture and religion and their use of marijuana. The government of Jamaica never did consider possession or distribution of marijuana illegal, as it was a part of Rastafarian culture and it was used in their religious rituals. Now that Jamaica is a great touristic destination with huge ports and growing economy, it can be both a great place for a business opportunity or an amazing location to enjoy. Prostitution and Sex Industry around the World

When it comes to sex industry, things are not as liberal as they are with certain types of drugs. Most of the countries in the world ban prostitution and brothels can be very hard to find. What’s even worst is that you can seriously jeopardize your life if you visit those brothels, as you’re basically breaking the law. If sex industry is something that interests you, then you should consider visiting Australia.

We’ve mentioned that the Netherlands has regulated prostitution, but Austria has completely legalized it. In Austria, prostitutes are required to be 19 or older, and they have to undergo periodic health examinations. They pay taxes and they have quite some benefits for their work, but there is a slight problem with Austrian sex industry. Because of its location, there is a lot of human trafficking around, so some of the prostitutes are being forced to work, but the Austrian government is working hard on stopping this practice.

Looking for some adult fun isn’t something anyone should be ashamed of. Exotic locations are considered exotic because they are completely different from our every-day surroundings. Traveling the world, whether it’s for work or for relaxation should be an interesting experience, and if you can experience something you’ve always wanted, make sure you do it in the way that wouldn’t put you in any kind of danger. 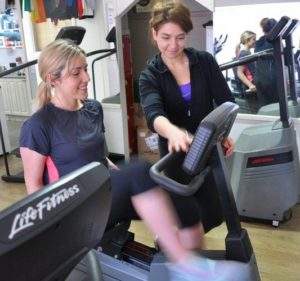