Hyperloop is a new form of ground transport currently in development by several companies, which could see passengers travelling at 700 miles per hour in floating pods within tubes that are low-pressured. The Hyperloop technology could revolutionize travel.

There are a couple of differences between Hyperloop and the traditional rail. The pods that carry passengers travel via tunnels or tubes from which most air has been removed to minimize friction. This should enable the pods to travel up to 750 miles an hour. Instead of using wheels such as a car or train, the pods are designed to float on air skis, using the same basic idea as an air hockey table or utilize magnetic levitation for reducing friction. Several companies are working to turn the idea to a functioning commercial system. THE HISTORY OF HYPERLOOP

Russia taps Hyperloop for domestic transport. The idea of making use of low pressure or vacuum tubes as part of the transport system has a long heritage. The Crystal Palace pneumatic railways utilized air pressure for pushing a wagon uphill way back in the Victorian south London in 1864. The same systems use pneumatic tubes for sending mail and packages between buildings have been used since the late 19th century and could still be seen in supermarkets and banks to move money around these days.

Once clear predecessor of the Hyperloop is the ‘vactrain’ concept that’s developed by Robert Goddard early during the 20th century. Since then, a lot of similar ideas were proposed without much success. Nonetheless, entrepreneur Elon Musk who reignited interest in the concept with the ‘Hyperloop Alpha paper in August 2013, set out how a modern system will work and how much would it cost.

THE BENEFITS OF THE HYPERLOOOP TECHNOLOGY

Supporters argue that Hyperloop could be faster and cheaper compared to trains and car travel, and cheaper and less polluting than air travel. They claim that it’s cheaper and faster to build than a traditional high-speed rail. Thus, Hyperloop could take off pressure gridlocked roads, which make travel between cities easier, and possibly unlocking key economic benefits as a result.

THE AVAILABILITY OF THE HYPERLOOP

The Hyperloop tech still is in development even though the basic concept has been around for a lot of years. At the moment, the earliest any Hyperloop likely to be up and running would be in 2021.

It’s still not clear where Hyperloops would be actually established, but several companies have sketched out routes in the United States, Europe and elsewhere. Possible routes will include New York to Washington DC, Kansas City to St. Louis, Pune to Mumbai, Bratislava to Brno, Vijaywada and Amarative and more.

HOW HYPERLOOP COULD FIX PASSENGER TRAVEL

The biggest shortcoming of the present transportation system from the passenger’s viewpoint is an obvious one that few talk about. The current transport solutions could not carry huge numbers of people over long distances in an efficient and fast manner.

Automobiles are excellent for local and some regional travel if highways aren’t congested. For longer trips, and movement of big numbers of people, automobile and buses are a terrible solution. Anybody who ever sat in a traffic jam, knows the greatest flaw of an automobile. It only effectively functions on an open road. The flaw with airplanes is greater even, they could land and takeoff at limited place only, namely airports. Unless living next door to an airport or the train to the plane, there’s no convenience in air travel.

Rail would be an excellent solution, but the rail system of America is just too old and too small to meet current needs. The criminal failure to modernize and expand passenger rail in the United States has made the excellent technology useless for most Americans. Hyperloop technology offers the potential of a contemporary transportation system, which addresses the flaws. Potentially, it offers the speed of air travel combined with rail efficiency. The Hyperloop basically is a tube wherein the air is pumped out and pods are shot through at hundreds of miles an hour speed, by harnessing magnetic levitation.

Hyperloop would never match the convenience of automobile for local travel, but it need not do so. The dilemma of last-mile travel to a front door could be resolved by such expedients, as rental cars, cabs, Ube and parking lots at the Hyperloop station.

Hyperloop technology offers a big opportunity for transformation of the industry. The obvious potential for quicker deliveries will offer savings against short haul flights and regular rail and road freight options. Allied to this, through cutting travel times between major cities, it can offer easy and cheap access for workforce enablement.

Hyperloop pods would be faster compared to trains, safer than cars and less damaging to the environment than an aircraft. With focus on changing the energy systems in the world, Hyperloop fits with the aim to shift transport away from carbon to renewables.

There is hope that the Hyperloop technology could lead the US and eventually the world into a brave new age of transportation that’s fast, cheap, crash-proof, and weatherproof and always on time.

Nishal Bhalala has been working as Digital Marketing in a software development company named TatvaSoft since 5 years which offers Mobile App Development, Asp.net development, Java Application Development and serving a large clientele worldwide. He is also quite active on social media and likes to explore with new friends in his quest to know the evolving world and trends of search engine optimization. Get Professional SEO Services to boost your eCommerce sales. 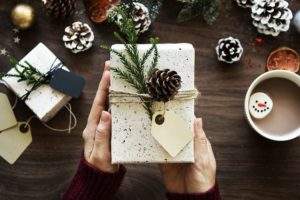 Previous post Cool Gifts You Can Give to Your Business Partners