“The most important thing we’ve learned,
So far as children are concerned,
Is never, NEVER, NEVER let
Them near your television set —
Or better still, just don’t install
The idiotic thing at all.”

What the famous poet had long expected has taken an almost devilish stature today! According to the Washington Post, teens of these days spend nearly 9 hours switching from one social media channel to another. This already disturbing fact is followed by another murkier one – children aged between aged 8-12 are not far behind either spending a solid 6 hours on their mobile phones and laptops. As per the health experts, “Excessive use of digital devices and social media can be extremely harmful to children and teens – both physically as well as mentally.” But with the world making revolutionary changes technologically, how do you think is it possible to restrict the access to the evils of the world of internet today? Every parent I meet these days has the same concern about their children –with their high-lensed spectacles perched on the bridge of their noses and oblivious to the people around them, the kids have their noses buries in not books but in cell phones and tablets and laptops. How are they being harmed?

Being a mother of two, I have seen how alluring the bright screen of the smartphones can be – thus kids like moths cannot resist it. The millennials of the meme generation are present and yet somehow absent from a scene. Even when they are sitting in a cafeteria during the school break hours, or hanging out in a mall, they are oblivious to each other and fiddling with their phones.

According to Monitoring the Future, just two hours of using social media can cause anxiety and depression among teens. It can give rise to what the millennials call the FOMO effect (Fear of Missing Out feeling, for us parents) leading to unhappiness among them. And that isn’t all! There is more to be concerned about. Here’s why!

We all love our kids, and we don’t want them to face the evils of the technological advancements, do we? And that is precisely why we have a greater responsibility to keep our children away from the claws of the monster called social media. So what are the ways to keep a check without prying?

What I do with the 13 y/o is that I always keep her busy with chores and classes. So get your children involved in things that will keep them at bay from the mobile phones. Get them enrolled for guitar classes or a drama workshop. I would suggest that you get them to do homework too. Not only will this bridge the communication gap but will also keep them grounded.

Many parents respect their kid’s privacy and do not pry. But then again, when it comes to safety, you might want to keep a check on it. So what’s the safest way of doing it without being too investigating? Buy your kid a phone only under one condition which is that you can use their phone whenever you want and they cannot use any security lock codes on it. This should do it! But for safety measure, you can also use security apps like Norton or TeenSafe too.

You certainly cannot keep them away from all the social media platforms altogether. So how to keep an eye on what they are doing online? Simply send them friend requests and follow requests on the various social apps. But then again do not ambush them when you see them doing anything wrong. Handle it more subtly.

Before taking any of measure, I would suggest that you have an open heart-to-heart conversation with your child. Tell them about the dangers and cite examples to make them aware of how social media can hamper their lives. I’m sure that they would understand.

It seems like the drugs and alcohol aren’t the only things that parents are worried about. Social Media can be way more dangerous, and you have no idea what lurks behind these apps.Therefore, parents are desperately fishing for ways to restrict the use of social media in their children’s lives. 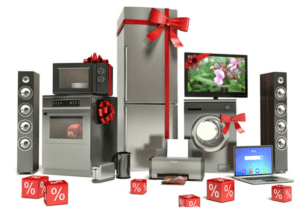 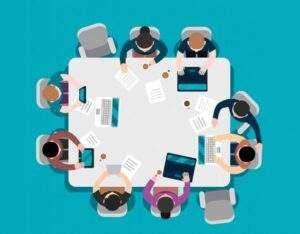 Next post Company Culture and Its Growing Importance in IT Companies