Python Programming in Hindi helps to learn python in Hindi. Our Python tutorial in Hindi covers all the basic and advanced concepts. Python is a General-Purpose Language, Simple and easy to learn. Our course is mainly helping both beginners and professionals to learn the Python language in Hindi.

In this course, we will cover Python Basics, Installing Python and IDE’s, data types, variables and Operators, Data Structures in python, Flow Control Statements, Functions and Object-Oriented Programming. It will give the opportunity to learn python in Hindi, most easily.

Python is General-purpose, Simple, dynamic. High-level interpreted language with easy syntax and semantics. Guido Van Rossum created it in the year of 1991. Python is also known as Object-Oriented Programming Language and Interpreted Scripting Language. Its easy syntax and high-level features make it one of the best Programming languages for anybody to get started with programming.

It is a free and Open-Source Language, a few code lines compared to other programming languages like C, there is no compilation step, so it is fast. Case Sensitive language.

Where is Python used in Industry

Integrated Development Environment helps to edit code, build automation tools and also act as a debugger. We have multiple development environments for python.

You can choose any one of the IDE to code. Most people will choose the PyCharm Community or Jupyter notebook.

In python, there’s no need to type the Data type of the variable, no need for curly braces and semicolons as we followed in C language. Here we need to follow Indentation, which defines a block of code—adding white space (one tab space) before the statement is known as Indentation. It will give Indentation Error if you not given Indentation.

see how easy it is! No need to worry about semicolon and curly braces syntaxes.

Comments help to read and understand the source code. It will avoid the execution of the commented lines while running the program. There are two types of comments in python:

#this is my first program

It will print only hello world only.

The name given to the memory location is known as a variable. It will help to store the values in programming.

No need to declare any type like int, float, they may change after they set. Data type will set after assigning value to the variable.

To perform operations on variables and values.

Flow controls nothing about the program execution order. It is controlled by Conditional Statements, loops and function calls.

To execute specific lines of code based on the specific condition.

Loops: If you want to execute specific lines of code repeatedly several times then we will use loops. Following loops used in python.

Collection of statements to perform specific tasks. It will execute whenever called. There are two types of functions

We will use “def” keyword to represent the function

There are two types of Parameter passing techniques 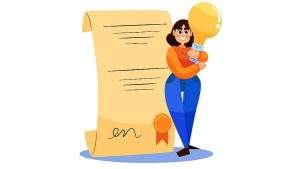 Next post Looking for Brand Registration In Bangalore? Here is a Simple Guide to Help You