There are two types of people. People who love the mornings, and people who hate it. This article will focus more on those who hate it. Night owls are people who tend to sleep late and wake up later. They strive in the darkness of the night. While they are busy watching their favorite shows or reading their books, most of the population would be asleep.

But what does being a night owl bring? Is it good or is it bad? Well, here’s a list of pros and cons to help you decide on that matter.

Said to be More Intelligent

Night owls are said to perform better when it comes to tests of general intelligence. Early birds usually outperform them in the context of school, but in tests about inductive reasoning, night owls score higher.

Night owls are also said to have night stamina, which is basically stamina that goes all the way through the night. Morning people would usually have the stamina to do things throughout the day, however, it will fall off as soon as they feel sleepy. Night owls have the advantage of keeping that stamina going for just a little further. Their strength peaks at higher levels at night because parts of their brain begin to get excited at around this time.

By the time people with day jobs get home at night, they would probably have enough energy to just eat and go to bed. Not night owls, this is usually just the time when they get started! Night owls have the energy to do some socializing right after work. Some even use this time to complete tasks left over from work.

Night owls can easily adapt to work schedules because of their lifestyle. Since they’re mostly forced to wake up early for their jobs, they will have an easier time adapting to different time schedules, especially when it’s graveyard shift. Because of this, night owls are perfect for night jobs.

Philippine call centers primarily employ night owls because of their graveyard shift. And since a night owl is active primarily during the night, it is perfect for them.

Night owls are prone to health problems, particularly mental problems. The human body was not designed to be awake during the night and asleep during the day. Because of this, night owls will almost always be in a constant state of tiredness during the day.

Most night owls have the tendency to develop antisocial quirks especially when they spend their night time alone with their thoughts. Some even theorize that the darkness of the night is the perfect time for psychopaths or others who are mentally disturbed, to bring a bit of chaos, since most of the people would be sleeping.

Most of the people who stay up at night also have mood disorders which can also lead to mental instability. Depression is one of the most common traits that night persons develop.

The most obvious problem of them all is that you live in a world run by early birds. Or at least it looks like it because almost everything happens during the day. There are more day jobs than night jobs. Most of the stores, restaurants, malls, and commercial districts are open only during the day. Apart from the 24-hour convenience stores and nightlife found in certain cities, there is almost nothing for night owls to do except get a drink and find a club or two.

Being a night owl comes with its ups and downs, and in actuality, it is up to you to decide if it’s good for you or not. Hopefully, this list of pros and cons will help you along the way. 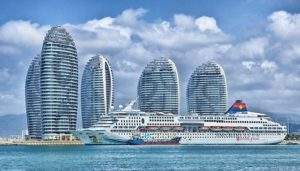